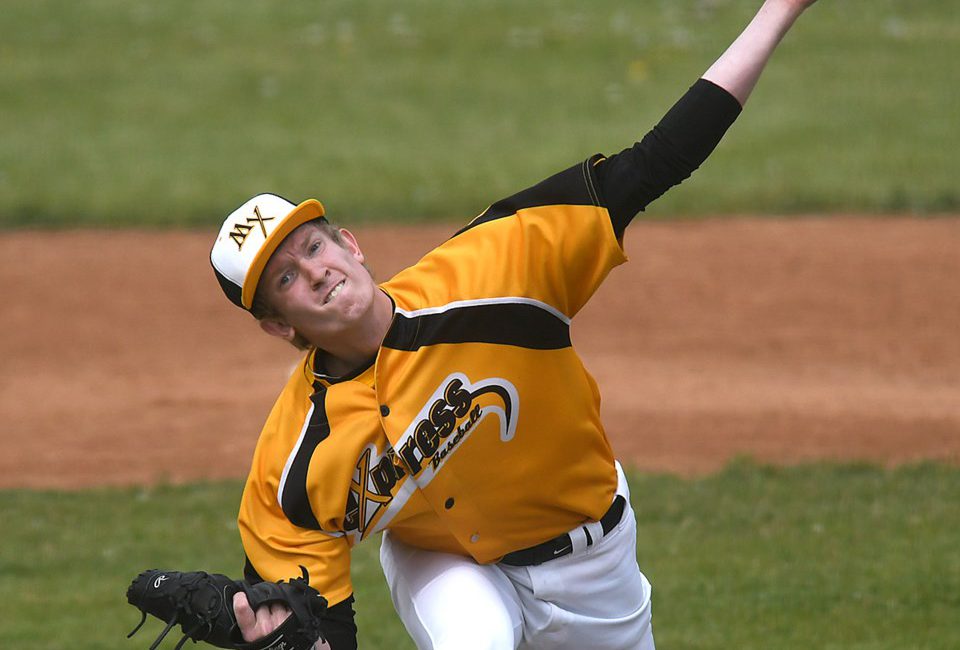 The Moose Jaw Miller Express just seem to have all the answers through the first part of the Western Canadian Baseball League season.

Their contest against the Swift Current 57’s at Ross Wells Park on Thursday night offered the latest example, as any time Swift Current managed to tie the game, Moose Jaw answered right back, eventually going on to a 7-6 victory.

The win was the seventh in a row for the Express and saw the local squad improve to 7-3 on the season, moving 1 ½ games ahead of the 57’s for first place in the East Division.

It certainly didn’t hurt that Moose Jaw got off to a great start, putting up four runs in the first inning. Cam Grant had the big hit in the frame, lacing a two-run home run for his first round-tripper of the season.

Swift Current battled back to tie things in the fifth, but Moose Jaw got that one right back in the bottom of the inning. The 57’s tied the game again in the sixth, but this time Austin Gurney cracked a two-run home run to put the Express ahead for good.

Parker Dorrance had a 2-for-4 night that included a run scored, while Bryan Reyes was 1-for-4 with a run and two RBI. Grant also had a pair of hits on the night.

Nick Hill got the start and allowed two runs, one earned, on six hits over three innings of work. That made for a lot of work for the bullpen, and they were able to come through with limited damage. Triston Seitz allowed two runs on four hits in two innings work, winning pitcher J.J. Padilla a run in the sixth inning and Tim Carlson a run in the seventh inning before Andrew Barger and Jesse Scholtz tossed scoreless frames to close things out.

The Miller Express have a day off on Friday but are back in action at Ross Wells on Saturday night when they host the Weyburn Beavers. Game time is 7:05 p.m.

Photo by Randy Palmer
VIA: https://www.moosejawtoday.com/local-news/another-fast-start-paves-way-to-seventh-straight-win-for-miller-express-5466228