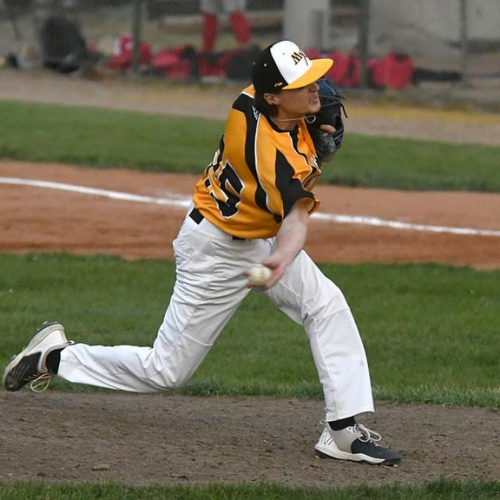 It was one of those nights for the Moose Jaw MIller Express in their Western Canadian Baseball League contest with the Medicine Hat Mavericks on Saturday night.

After getting a near-quality start from pitcher Andrew Barger, the Express bullpen imploded in dramatic fashion, allowing three runs in the fifth, four runs in the sixth and another four in the seventh on their way to dropping a 13-8 decision at Ross Wells Park.

All told, the Express would use eight pitchers on the night, with only three of those able to get through a full inning.

Things started well enough for Moose Jaw, as they got on the board in the second inning courtesy a familiar name from the home opener — Nate Mensik hit his second home run of the season, taking a 1-1 offering from Mavericks starter Jack Suhai over the left-centerfield fence.

Barger cruised along through the first four innings, allowing a single hit and holding Medicine Hat scoreless, but things turned in the fifth.

The Mavericks took advantage of a walk, error and base hit to score their first two runs and after Jesse Scholtz took over on the mound for Moose Jaw, picked up two more hits to bring their third run across the plate.

Moose Jaw got one back in the bottom of the inning when Mensik doubled before scoring when Austin Gurney reached on an error.

The one-run deficit didnâ€™t last long. Express reliever Livio Bundi issued a hit by pitch and a walk, and a single and two wild pitches later saw Medicine Hat extend their lead to 5-2. Another walk led to Tristan Seitz taking over on the mound, and the Mavericks would use a perfect bunt and base hit down the third baseline to bring home another two runs and make it a 7-2 game.

The Express looked to get something going in the bottom of the sixth when Luke LeChance singled home Bryan Reyes with two outs, but the Mavericks would escape without further damage.

Moose Jaw product Cam Oâ€™Reilly made his second appearance in as many nights for the Express and allowed three runs on two hits in the top of the seventh before giving way to 18U AAA Canucks standout Nathan Varjassy in his first appearance for the Millers. Heâ€™d also allow a run before finally stopping the bleeding, and Medicine Hat had an 11-4 lead heading into the bottom of the seventh.

The Miller Express werenâ€™t done offensively and clawed back a couple of runs in their half of the inning. Dawson Tweet singled home Mensik for their fourth run before scoring himself on a double by Reyes to make it 11-5. 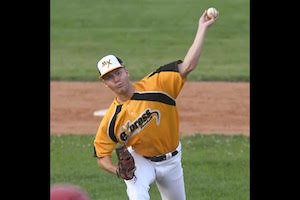 Moose Jaw turned to 18U AAA Canucks ace Kaleb Waller in the eighth and heâ€™d allow two runs on two hits in his first appearance with the Miller Express. Heâ€™d be the first reliever to pitch a full inning since Barger back in the fourth.

Mensik scored his fourth run of the game in the bottom of the eighth and would finish with a 2-for-5 showing.

J.J. Padilla became the first Express reliever to not allow a run on the night when he allowed two hits but stranded both baserunners in the top of the ninth.

The Express didnâ€™t go quietly in their final at bat. Parker Dorrance doubled down the first base line to bring home Reyes and Zach Campbell to make it 13-8, closing out scoring on the night.

Kalli Einarson was 2-for-3 with a run and an RBI for Moose Jaw.

Hunter Boylan was Medicine Hatâ€™s top hitter in their offensive outburst, going 2-for-5 with three runs and two RBI, while Adrian Salazar was 3-for-4 with three RBI.

The Miller Express are right back in action on Sunday afternoon when they once again face the Mavericks, this time in Medicine Hat. Next home action is Tuesday when they host the Weyburn Beavers. Game time is 7:05 p.m. at Ross Wells Park. 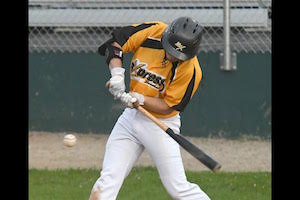