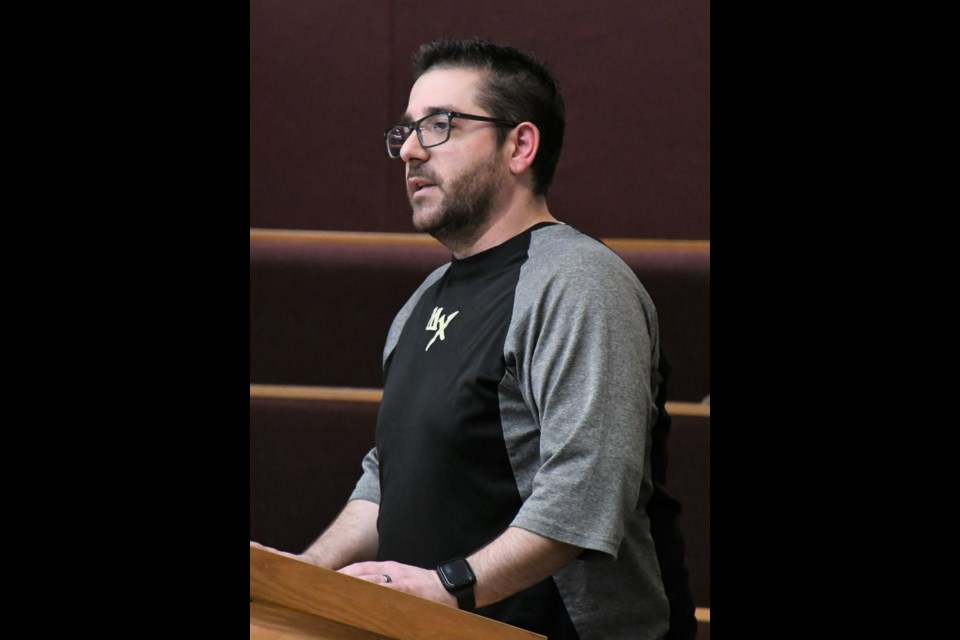 It’s been three years since the Moose Jaw Miller Express played at Ross Wells Park, but with pandemic restrictions lifted, the boys of summer are eager to hit the field for another exciting season.

“It feels like forever since we’ve been on the field and we felt it was important to re-introduce ourselves,” club board member James Gallo said during the recent city council meeting.

The Miller Express play in the Western Canadian Baseball League, the country’s premier baseball league for 90 years, he continued. There are seven teams in Alberta, four in Saskatchewan, and roughly 300,000 fans who packed the stands in 2019, including 20,000 people who attended games on Canada Day.

This year, the club plays 56 games, including 28 games at Ross Wells Park. The season starts on May 27 against Medicine Hat at 7 p.m. and concludes on Thursday, Aug. 4, against Regina.

College kids from Canada and the United States are recruited to play in the league.

“Now the Millers have a long history of success on the field, as well as developing quality baseball players and individuals in the City of Moose Jaw,” said Gallo. “Numerous local players have gone on to enjoy successful baseball careers at the collegiate level south of the border, while several others have left The Friendly City and gone on to amazing professional careers.”

The club’s main effect on the community is connecting families and friends since a night at the ballpark provides dynamic social and networking opportunities, he continued. The park is also a healing centre that allows people to escape life, reconnect with others and come together to support a common cause.

The pandemic wiped out the 2020 and 2021 baseball seasons, but it’s full steam ahead this year.

“We are excited to return this summer … . The Miller Express thank the City of Moose Jaw for their ongoing support of our organization and the continued support in collaborating to upgrade our home at Ross Wells,” Gallo added.

“We look forward to continuing to work together to create a family experience that grows tourism in our city, and we hope to see everybody at the ballpark this summer.”

Mayor Clive Tolley expressed his excitement about the return of Millers’ baseball, especially after the loss of the past two seasons. He hoped the community was also thrilled with the comeback, while he too expected the club to contribute to the community’s tourism sector since some fans might stay at downtown hotels and then walk to the park.

“And I’m looking forward to two local pitchers at least — (Cam) O’Reilly and (Reece) Helland — coming to the mound. In Moose Jaw, it’s been a while since we’ve had players of their calibre on the mound,” Tolley added. “So, it’s really going to be an exciting year.”

Besides O’Reilly and Helland, Nathan Varjassy and Kaleb Waller from the 18U AAA Canucks have been recruited as affiliated players this year.

Coun. Heather Eby agreed with the mayor, adding, “It will be a great summer to be back in the ballpark under the beautiful Saskatchewan sky.”

The next regular council meeting is Monday, June 13.