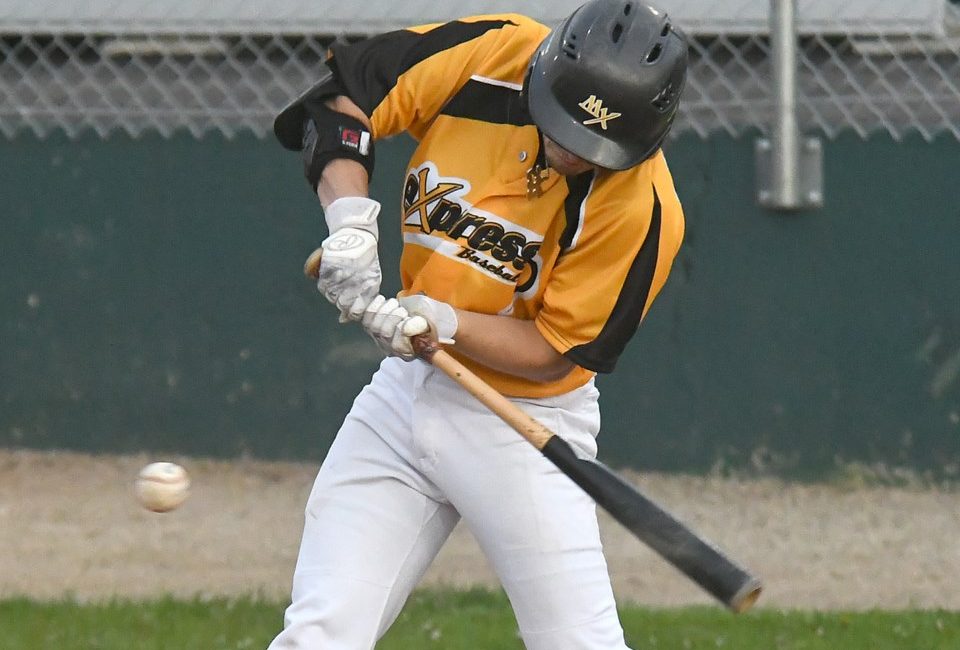 Ever since their low-scoring home opener that saw the Moose Jaw Miller Express drop a 3-2 decision to the Medicine Hat Mavericks, the local Western Canadian Baseball League franchise has been on an offensive roll.

In three of their four games since, the Express have put up at least six runs, and on Wednesday night, enjoyed their highest-scoring game of the season in a 13-4 victory over the Weyburn Beavers at Ross Wells Park.

Moose Jaw trailed 3-2 heading into the bottom of the fifth inning, where they were able to take advantage of two of Weyburnâ€™s six errors on the night to put up four runs. The very next inning, Cam Grant hit a two-run double and Zach Campbell continued his hot start to the season with a run-scoring double of his own to key another four-run frame, giving Moose Jaw a 10-3 edge.

The Millers added another run in the seventh — courtesy Nate Mensikâ€™s league-leading third home run of the season — and another pair in the eighth to close out their offensive output.

Grant enjoyed his best game of the season at the plate, going 3-for-4 with two runs scored and two RBI. Reyes also had a solid night, going 2-for-5 with three runs scored, and Campbell improved his team-leading batting average to .444 with a 2-for-5 showing that included a pair of runs and two RBI. He now sits sixth overall among top averages in the WCBL.

Uday Bal made his first appearance at the top of the order and went 2-for-3 with two RBI hitting out of the three-hole. Parker Dorrance also had a pair of RBI on the night.

Triston Seitz got the start on the mound for Moose Jaw in his fourth appearance of the season, going 4 â…” innings and allowing three runs on four hits while striking out five.

The Miller Express bullpen had their best outing of the season in relief — winning pitcher Nick Hill gave up a single hit in 1 â…“ innings work, while J.J. Padilla surrendered three walks but escaped with a scoreless seventh inning. Livio Bundi struck out a pair in his perfect inning of work, and Nathan Varjassy closed things out by allowing a run on a hit in the ninth.

Moose Jaw is back in action Friday and Saturday when they travel to Medicine Hat to face the Mavericks for the fifth and sixth times in their first eight games. Next home action is Sunday, June 5 against Weyburn, with game time 2:05 p.m. at Ross Wells Park.

Photo by Randy Palmer
VIA: https://www.moosejawtoday.com/local-news/miller-express-offence-continues-to-roll-in-lopsided-win-over-weyburn-5436975