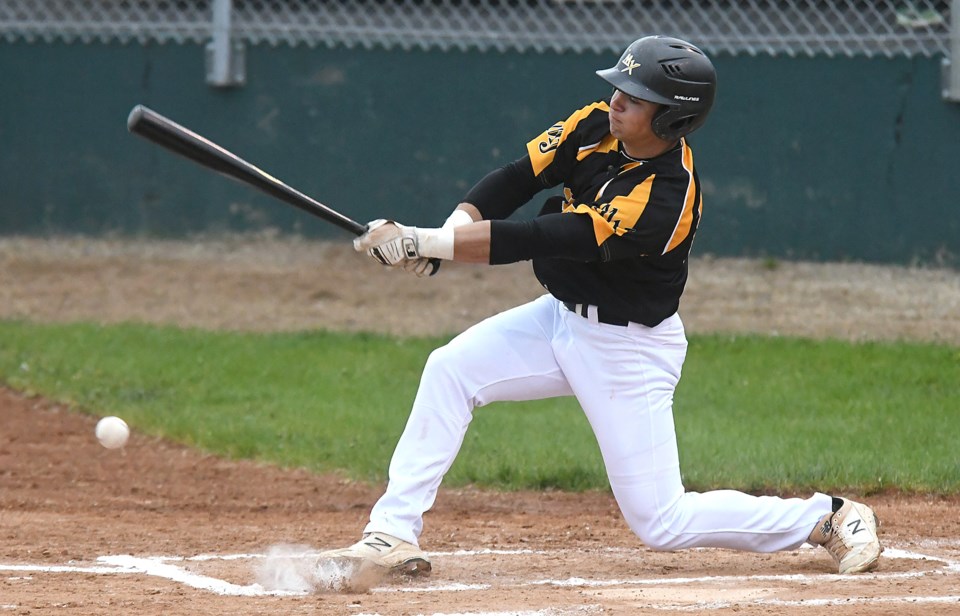 Michael Speck and Dawson Tweet each had run-scoring singles in the bottom of the sixth and the Miller Express would go on to a 6-4 victory over the Weyburn Beavers at Ross Wells Park on Tuesday night.

It looked like it might be one of those nights for Moose Jaw starter Tim Carlson, as only two batters into the game, Weyburn would have a 1-0 lead. That would be the only blemish on his record, though, as heâ€™d end up with a quality start on the night, and an impressive one at that — no earned runs, three hits, seven strikeouts and two walks in six innings.

The Millers bullpen took over from there and turned in a serviceable showing despite struggling the previous two games. Cam Oâ€™Reilly got one out in the seventh and allowed a run before Jesse Scholtz got out of the inning by striking out his two batters. Andrew Barger struck out the side and drew a walk in the eighth, Kellan Voggesser closed things out allowing two runs on two hits.

Like the previous three games, the Express offence continued to put up runs.

Speck had a solid night out of the nine hole, going 3-for-4 with two runs scored and an RBI. Lead-off hitter Zach Campbell continued his hot start to the season with a 2-for-3 showing that included a pair of runs scored and Tweet capped his night 2-for-5 with two RBI.

Moose Jaw is right back in action on Wednesday night against the Beavers, with first pitch at 7:05 p.m.

Photo by Randy Palmer
VIA: https://www.moosejawtoday.com/local-news/miller-express-pick-up-first-win-of-season-5431970