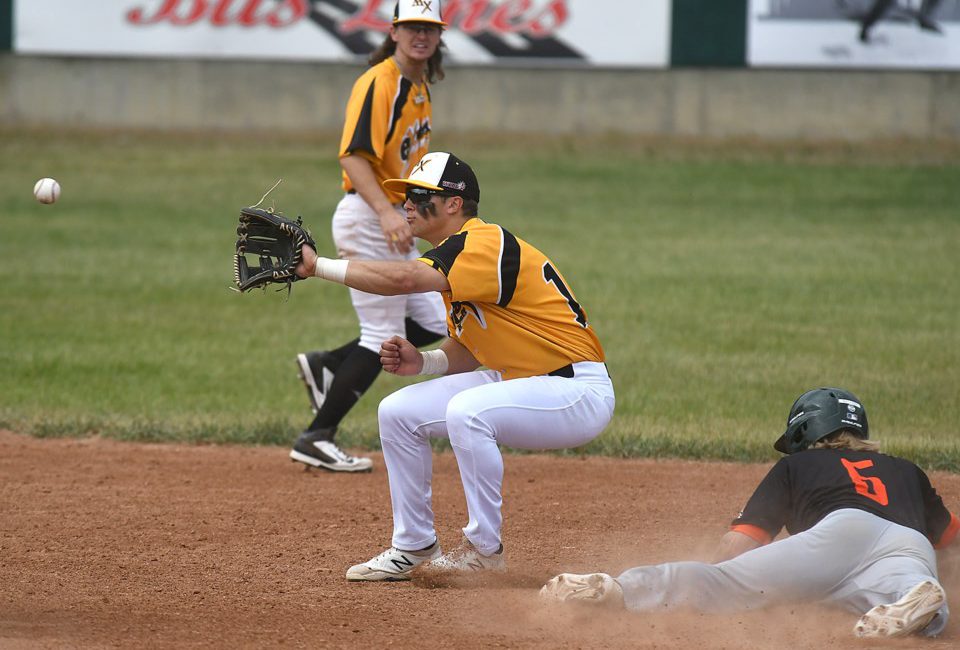 Playing his first game in Moose Jaw after arriving from University of Jamestown a day earlier, Shekeryk hit a lead-off triple in the fourth inning and followed up with a solo home run the very next frame as the Express took an 8-5 victory over the Medicine Hat Mavericks at Ross Wells Park.

All told, Shekeryk would finish the night 2-for-3 with a pair of runs scored and a run batted in as the Miller Express once again showed plenty of offensive pop in their bats.

Dawson Tweet also had a solid night at the plate, hitting his first home run of the season as part of a four-run fourth inning for Moose Jaw and capping the night with a 2-for-3 effort that included a pair of RBI.

The Miller Express used all that offence to build an 8-1 lead coming out of the fifth inning,

Starting pitcher Kellen Voggesser was the beneficiary, tossing his third quality start in four outings by allowing a single run on three hits and striking out three in six innings work.

Andrew Barger struck out the side in the seventh, and after Livio Bundi allowed a run on three walks in the eighth, Nathan Varjassy surrendered three runs on three hits in ? innings of work before closer Jesse Scholtz finished things off.

The Miller Express improved to 8-5 on the season and now sit a half-game back of the Swift Current 57’s for first place in the East Division, two games up on the Regina Red Sox.

The action-packed WCBL season continues with five more games this week: the Miller Express are at home against Medicine Hat Wednesday night before traveling to Edmonton for games Thursday and Friday and making their way to Okotoks for contests Saturday night and Sunday afternoon.

Photo by Randy Palmer
VIA: https://www.moosejawtoday.com/local-sports/miller-express-show-pop-in-bats-on-way-to-comfortable-win-over-medicine-hat-5483313