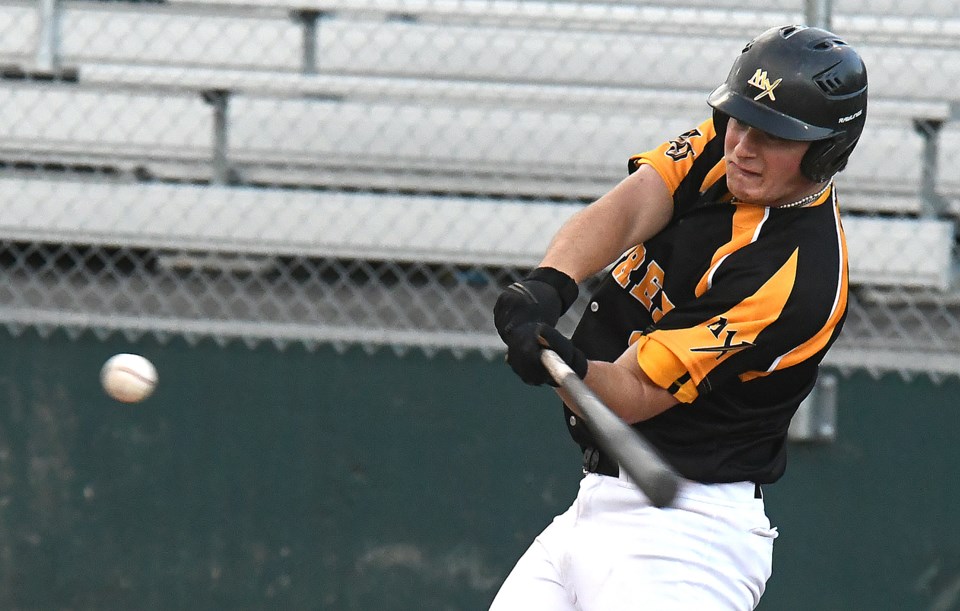 When the Moose Jaw Miller Express were struggling through their seven-game losing skid last week, the potent offence that had been their hallmark all season was nowhere to be found.

All that has returned with a vengeance since then.

The Miller Express put up eight runs in the first inning and would crank out three home runs on their way to a 12-10 victory over the Swift Current 57’s in game one of a doubleheader in Swift Current on Saturday.

By the time the first inning was over, every player except for one would have a base hit and a run to their credit, with the biggest of all coming off the bat of newcomer Joe Osborn — a three-run home run that staked Moose Jaw to their 8-2 lead after the first inning.

As it turns out, they’d need all that offence and more.

After Nate Mensik hit a two-run home run in the third inning and Hudson Barrett added a solo shot in the fourth, the Express had an 11-5 lead, but Swift Current would get their bats going the next inning.

Andrew Barger got the start for Moose Jaw and allowed five runs, three earned, on five hits and four walks over the first four innings. Cam O’Reilly took over in the fifth and couldn’t get an out, allowing four runs on five hits before giving way to Reece Helland, who closed out the inning.

And just like that, Swift Current was back within a pair.

Helland gave up a run in his second inning of work to make for some late-game dramatics, but Mensik would score an insurance run when Osborn was hit by a pitch with bases loaded in the top of the seventh, and WCBL all-star Kellen Voggesser would pitch a flawless bottom of the inning to secure the win.

The contest was only seven innings due to the doubleheader.

Moose Jaw carried a 23-15 record into the night game, good enough for their third-straight win and a 1 ½ game lead over the Regina Red Sox for first place in the WCBL.

They’re in action in Weyburn against the Beavers on Sunday afternoon.

Photo by Randy Palmer
VIA: https://www.moosejawtoday.com/local-sports/miller-express-strike-big-early-hold-on-late-for-win-over-swift-current-5591148