Millers bench boss reflects on the season that was 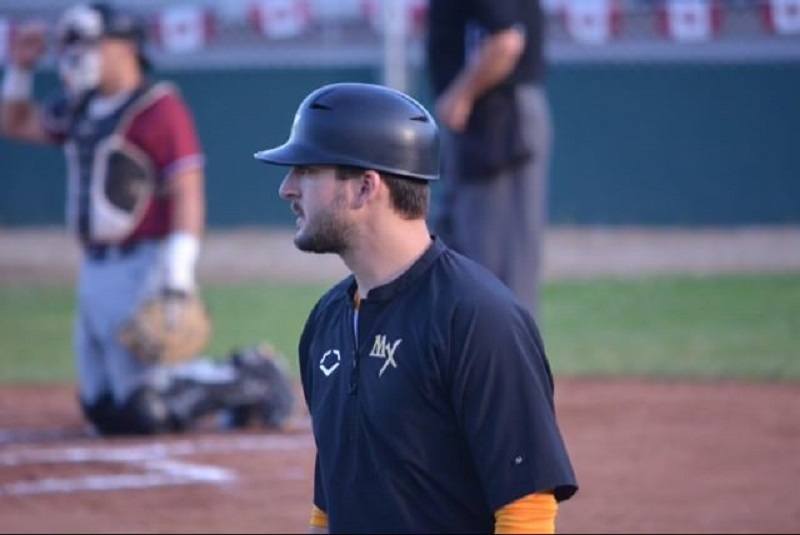 There were a lot of expectations for the Moose Jaw Miller Express coming into the 2022 season, as the previous two had been cancelled due to COVID-19.

It’s safe to say that the Express has lived up to those expectations after they finished the WCBL regular season with a winning record and the second overall seed in the East Division heading into the playoffs.

First-year Miller’s head coach, Eric Marriott says reflecting back that this season was a huge success not only for himself but the organization.

“It’s definitely had some ups and downs for myself and on the field,” says Marriott. “I think we’ve exceeded expectations in the league and I think we’ve shocked a lot of people as a team and we have a very good team here – something special.”

Moose Jaw came up just short of earning first place overall in their division, after a 21-9 loss to the Regina Red Sox, losing the season series and the Trans-Canada Clash.

The Express didn’t get off to the start they probably were hoping for, losing their first three games of the season to the Medicine Hat Mavericks. Shortly after, the Millers’ offence began to come alive going on a six-game win streak to leapfrog them into first place early on – a position they held for most of the season.

Throughout the season the team’s offence has been electric, to say the least, putting up a lot of runs, with the highest scoring game for them coming back on June 30, scoring 16 runs against Weyburn. The team has put up a combined 415 runs this season.

“Our offence is lethal, to say the least. I wouldn’t want to be an opposing pitcher, we got Zach Campbell setting the tone every game at the top, and then Parker Dorrance, Nate Mensik, Bryan Reyes, Luke Shekeryk, Cam Grant, Austin Gurney, and Michael Speck. With our offence, we’re a bloop and a blast away from coming back in any game. We extend leads pretty often. I would say we have one of the best offences in the league.”

Heading into the final weekend of play, Moose Jaw has seven players with a batting average over .300. Dawson Tweet leads the team in that category with a .365 batting average in 34 games.

WCBL All-Star, Bryan Reyes has been clutch for the team all season batting a .356 average in 49 games and leading the team in RBIs with 45, which is good enough for second in the league. His batting average is fourth in the league as well.

So heading into the playoffs, Moose Jaw has the offensive firepower to blow by any team.

The Express has also suffered its fair share of rough patches throughout the season, going on a seven-game losing streak in the last part of the season. Like they’ve done all season they were able to string wins together following that seven-game skid.

All season the Millers’ have been able to rely on their bullpen to get them through the good and bad times of the season, and have come up to the challenge when needed.

“Our pitching staff has been great all year for us, they’ve battled. We’ve had some ups and downs in the stats for sure, but we have some great leaders on our staff. Every night I tell them to give us a shot.”

Jesse Scholtz leads the Express pitching staff with six wins on the season in 37 games, with a 5.33 ERA and 33 strikeouts. Kellan Voggesser another leader in the bullpen, leads the team in strikeouts with 58 in 13 games. Reece Helland has the best ERA amongst the staff only allowing just over two runs a game.

It was a strong enough season that six Express players got the nod and were selected for the WCBL All-Star Game back on July 23 in Okotoks, Atla. Pitchers Tim Carlson, Jesse Scholtz, Kellan Voggesser, Catcher Brian Reyes, Infielder Zach Campbell, and Outfielder Nate Mensik all were selected to represent the east.

Marriott explained that this season and the upcoming playoffs mean the world to him, coaching the Express – a team he played for in 2018 and 2019.

“That was a great time for me in my playing career and it was enough for me to want to pursue a career in coaching and I’m grateful for the opportunity to come back to Moose Jaw. Moose Jaw really deserves something like this in the city after having no season the last two years due to COVID.”

Moose Jaw will begin the 2022 WCBL playoffs on Monday with game one of a three-game series against the Swift Current 57s at Ross Wells Parks.