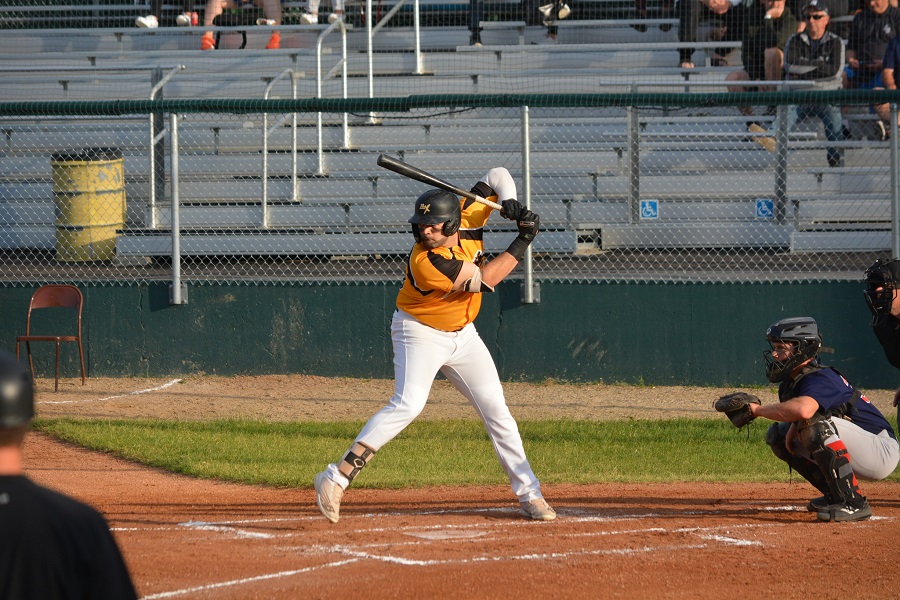 It was a walk-off win for the Weyburn Beavers on Tuesday night as they came back from a four-run deficit to take down the Moose Jaw Miller Express 8-7.

With the loss, Moose Jaw’s lead in the Western Canadian Baseball League’s East Division continues to get smaller, as the Regina Red Sox are now within just one game of the Millers for first place.

It looked like the Millers were in full control throughout the game as they have done all season against the Beavers leading 7-3 through the first seven innings and on route to snap their three-game losing streak. The Millers’ starter Kalen Waller was cruising allowing only one run on two hits, while striking out two in five innings of work.

Weyburn had different plans though as they tied the game in the eighth inning scoring four runs. After the first three batters got on base and the bases were loaded, Jesse Scholtz would relieve Livio Bundi. The next batter, Brayden Mayencourt would bring home a run after a single.

After a strikeout for the first out, Will Baker would come to the plate and clear the bases with a double to tie the game at 7-7.

Moving to the ninth, Moose Jaw was unsuccessful in their half of the inning. Reliever Andrew Barger would come into the game, and would load the bases with Will Baker coming up to plate. Baker would earn a walk to bring home Brandon Billesberger from third to win the game.

At the plate, Luke Shekeryk hit his fourth home run of the season, while Zach Campbell and Luke LaChance both picked up doubles in the loss. Shekeryk, Campbell, Grayson Barrett, Austin Gurney, and LaChance picked up RBIs in the loss.

Moose Jaw will return to Ross Wells for a four-game homestand on Wednesday night. They begin it with a two-game series against the West Division’s Brooks Bombers, followed by two games against the Fort McMurray Giants on Friday and Saturday.