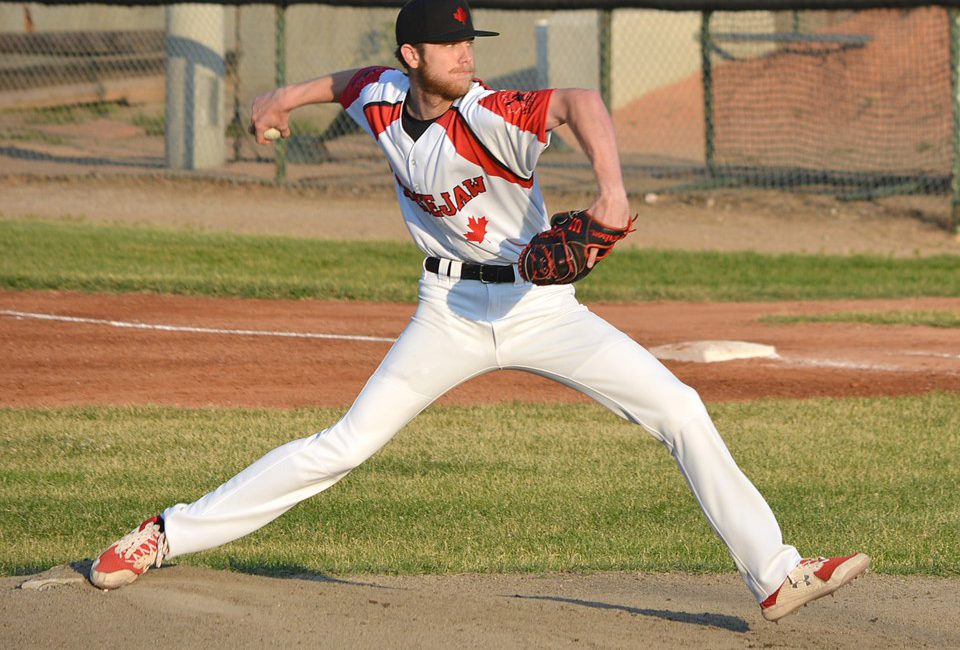 So why not go out and pitch a game for the ages?

Carlson put together the best start of the season for the Miller Express and one of the tops in recent memory, allowing only two hits and striking out 10 in recording the complete game victory at Tom Laing Park.

Making the showing even more impressive was his efficiency — Carlson needed only 89 pitches to get through the nine innings, thanks to nearly impeccable control that saw him throw 66 of those pitches for strikes.

That was it for Weyburn’s offence on the night, and Carlson now sports a 4-1 record to go along with a 2.42 earned run average and 0.85 walks and hits per inning pitched.

Fittingly, the San Diego native and Minot State product will be playing in the WCBL All-Star Game in Okotoks on July 23.

The Miller Express offence broke through for Carlson in the fifth inning, and they did so in style, sending 11 batters to the plate and putting up seven runs on four hits and a pair of Weyburn errors.

Dawson Tweet had the big hit in the inning, with his double to centre field bringing home WCBL All-Star Bryan Reyes, Luke Shekeryk and Parker Dorrance to give Moose Jaw a 6-0 lead at the time.

Dorrance and Cam Grant were each 2-for-4 with a run scored for the Express, while WCBL All-Star Zach Campbell scored a pair of runs.

The Express also welcomed Joe Osborn to the line-up, with the hard-hitting outfielder joining the Millers after leading Doane University with 18 home runs and 57 RBI last season as a teammate with Nate Mensik, Luke LaChance and Kellen Voggesser. He finished his night 0-for-4 with a sac fly RBI.

The Express are now 22-15 on the season and hold a one-game lead over the Regina Red Sox for first place in the WCBL East Division.

It’s a busy weekend for Moose Jaw, as they play a doubleheader in Swift Current on Saturday before travelling to Weyburn on Sunday.

Next home action is a doubleheader against the Medicine Hat Mavericks on Tuesday night, with your ticket for the 5:05 p.m. first game also getting you into the following contest at 7:35 p.m.