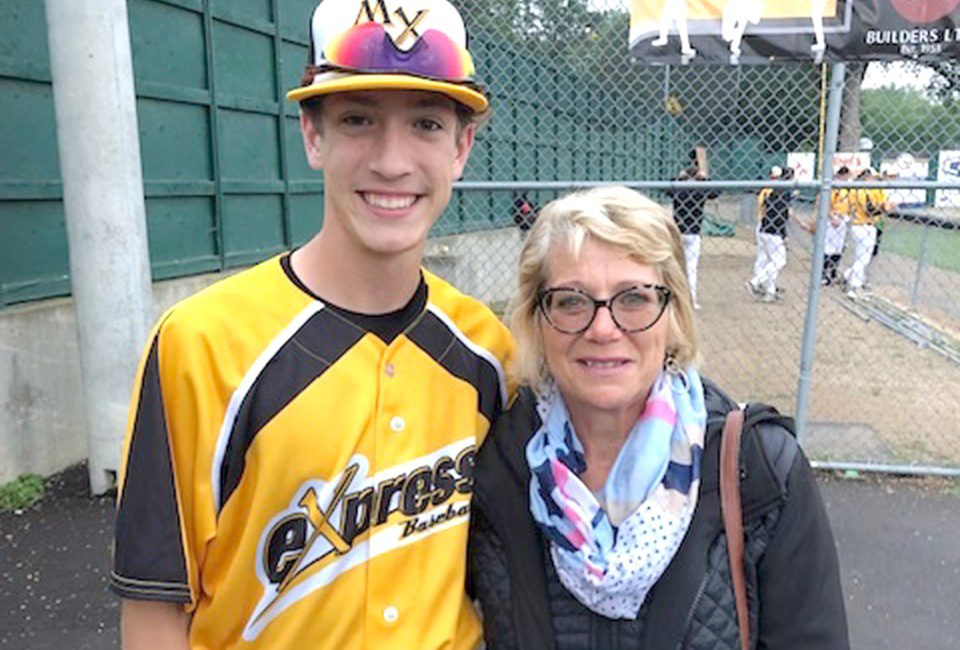 Moose Jaw scores six in first inning, go on to 10-2 victory to remain tied for first place in East Division

And with their 10-2 win at Ross Wells Park, they’ve set up an epic showdown tonight with the Regina Red Sox for first place in the WCBL’s East Division.

With Regina taking a 12-0 win over Weyburn on Wednesday — in interesting circumstances at that — both teams are now 32-22 on the season and have two games remaining in the regular season.

That means the contest at 7:05 p.m. will likely decide first place in addition to settling the season-long Trans-Canada Clash series between the two teams, with the series tied at four games apiece.

The first order of business was getting through Wednesday’s game, with the Express putting up six runs in the first inning and never looking back on their way to the commanding win.

The first five Moose Jaw hitters reached base, leading to Zach Campbell and Austin Gurney scoring the game’s first runs. By the time the inning was said and done, the Express had sent 10 batters to the plate, taking advantage of two walks and a hit-by-pitch to put up their six runs.

Cameron Dunn went to work from there and ended up pitching a gem, allowing a single run on five hits and striking out three in six innings.

A three-run sixth extended the Millers’ lead to nine, with Bryan Reyes providing the big hit of the inning with a double that scored Nate Mensik.

Mensik himself had an impressive game at the plate, going 4-for-5 with two runs scored a day after going 0-for-5 in Swift Current.

All that offence made for a relaxing night for the bullpen, and they responded with three innings of solid relief — Liam Sommer allowed a run in an inning of work, Cam O’Reilly struck out a pair in the eighth and Nathan Varjassy tossed a perfect ninth, striking out one.

Varjassy — an affiliated player from the Moose Jaw 18U AAA Canucks — was recently presented with the Baseball Sask Brennan Luffman Scholarship. The honour goes to a dedicated baseball player who acts as a leader in the community while maintaining a positive presence both on and off the field.
Luffman, a former Miller Express pitcher who grew up in Moose Jaw before moving to Weyburn, passed away in 2012, with the scholarship created in his name soon after. His mother, Charlene Luffman, was on hand to present Varjassy with the scholarship earlier this week.

The Express close out their regular season on Saturday when they travel to Medicine Hat. The rapid-fire WCBL playoffs are on tap immediately after and are expected to be completed by Aug, 17.

Extra innings… the Regina Red Sox win over Weyburn featured an interesting turn, as Beavers veteran Brayden Mayencourt played all nine positions, including pitcher in the ninth inning. He ended up with two putouts and an assist while also allowing a single hit in the final inning.