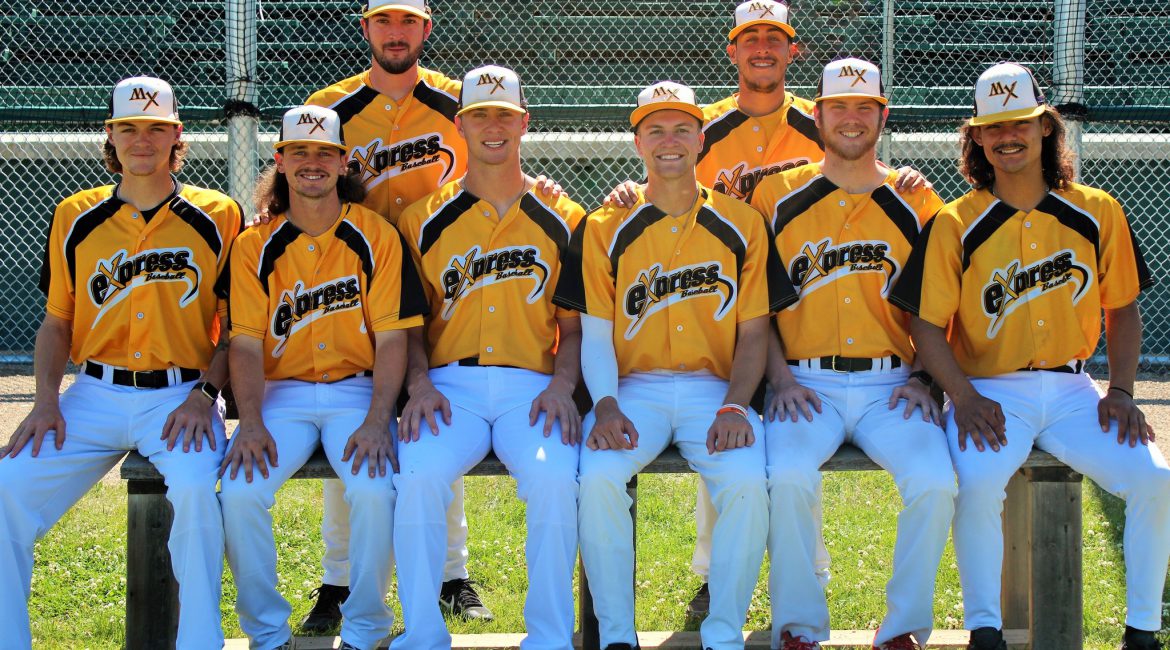 The Moose Jaw Miller Express looked to have a nifty little comeback on their hands in Western Canadian Baseball League action in Sylvan Lake on Friday night.

It wasn’t to be, though, as after scoring a pair of runs in the top of the ninth to tie things up, the Express were unable to hold off the Gulls in the bottom of the inning and dropped a 3-2 decision.

The defeat sees Moose Jaw hold down a 28-17 record heading into this weekend’s All-Star break, good enough for a 2 ? game lead over the Regina Red Sox for first place in the East Division.

Sylvan Lake got on the board quickly in the second game in as many nights between the two clubs, putting up a run in the first inning and holding that lead until the sixth, when they added another insurance marker.

That was all Moose Jaw starter Andrew Barger would allow on the night, as he’d turn in a quality start by allowing a pair of runs on three hits and six walks, striking out seven along the way.

Thing is, Gulls starter Ryun Cross was even better, turning in his best showing of the season by scattering three hits over seven innings of work and striking out a season-high 10.

It didn’t take long for the Millers to strike once Cross was out of the game, though. Dawson Tweet led off the ninth with a single and Joe Osborn followed up with his second home run of the season immediately after, tying things 2-2.

Express reliever Kaleb Waller attempted to get things to extra innings in his second inning of work but ran into trouble, allowing a one-out single to Mathew Kurata, a walk to Ethan He and hitting Michael Polson with a pitch to load the bases. Waller would strike out Chase Rodriguez — who had two home runs the night before — but couldn’t stop Noah Hull, who singled to bring home Kurata with the winning run.

While the majority of the Express have All-Star weekend off, six players — pitchers Tim Carlson, Kellan Voggesser and Jesse Scholtz, shortstop Zach Campbell, catcher Bryan Reyes and outfielder Nate Mensik are off to Okotoks to take part in the festivities.

Mensik will pull double duty at the event, first representing the East Division in the Home Run Derby to start the day. Mensik will be one of the favourites, having hit a league-leading nine home runs so far this season.

Mensik will also join Reyes in the East’s starting line-up, batting fifth and playing right field while Reyes will hit sixth and serve as the designated hitter.

Moose Jaw returns to the field Monday in Swift Current and Tuesday in Weyburn before returning home to kick off a four-game set on Wednesday, beginning with the Brooks Bombers. Game time is 7:05 p.m. at Ross Wells Park.