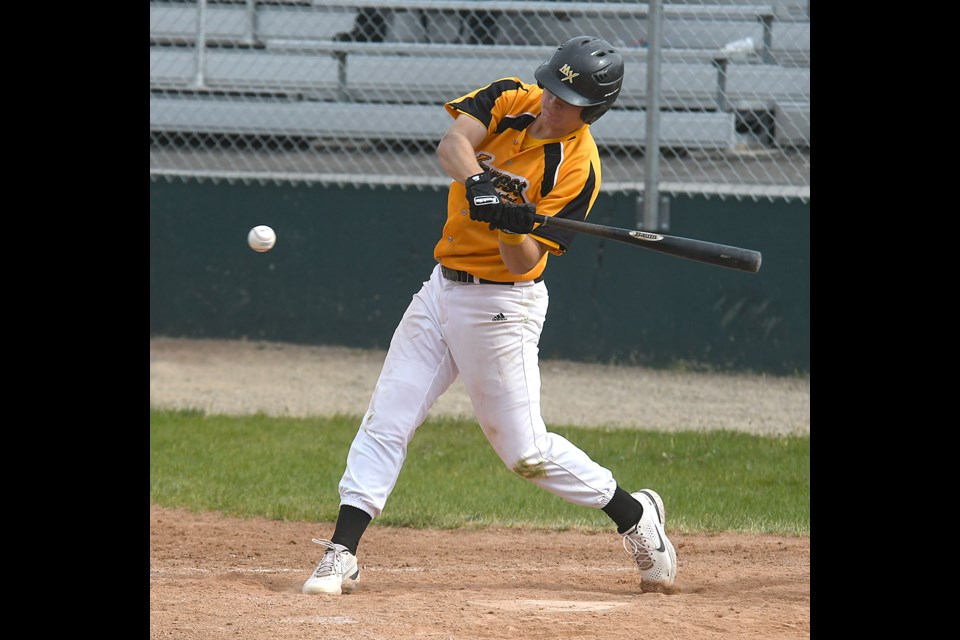 After a night where the offence just wasn’t quite clicking, the Moose Jaw Miller Express bats returned in a big way on Thursday night in Regina.

Austin Gurney hit a grand slam in the seventh inning as Moose Jaw poured on the runs late, going on to an 11-3 victory over the Red Sox in Western Canadian Baseball League action.

As lopsided as the final score turned out, things were close in the early going as the Express took a 4-3 lead out of the sixth inning.

Andrew Barger got the start on the mound for Moose Jaw and dealt with a few control issues, allowing three runs on two hits and walking eight in 3 ? innings. He was able to escape with minimal damage despite jams in the first and third innings, paving Jesse Scholtz to take over in the fourth.

As has been the case all season, Scholtz was pretty much lights out, holding Regina off the board the next 3 ? innings before Moose Jaw’s offence came alive. All told, Scholtz would allow only two hits in that span, striking out three in his league-leading 19th appearance of the season.

That set the stage for the seventh, where Zach Campbell, Nate Mensik and Parker Dorrance hit three straight singles to load the bases with two outs. Gurney then took an 0-2 offering from Regina reliever Zach Pollon over the outfield fence for his fourth round-tripper of the season, giving Moose Jaw an 8-3 lead.

Gurney capped his night with a 3-for-5 showing that included six RBI, giving him 27 on the season and moving into second overall in the WCBL in that category.

The top of the Miller Express order in general had a solid night — Campbell and Mensik each scored a pair of runs, Dorrance was 3-for-4 with four runs scored and Bryan Reyes 3-for-4 with two runs and three RBI.

Moose Jaw added three runs in the eighth to finish off their offence on the night, and that led to a relaxing final two innings on the mound for Triston Seitz, who tossed the eighth and ninth, allowing two hits and striking out four.

The Miller Express are now 18-8 on the season and continue to sit four games up on the Swift Current 57’s for first place in the East Division.

They’re back in action tonight against the Weyburn Beavers for a special Canada Day Game, featuring a tailgate party prior to the contest. The party starts at 4:30 p.m., first pitch is 7:05 p.m., with all the festivities at Ross Wells Park.

Photo By Randy Palmer
VIA: https://www.moosejawtoday.com/local-news/gurney-grand-slam-paces-miller-express-to-win-over-red-sox-5540077