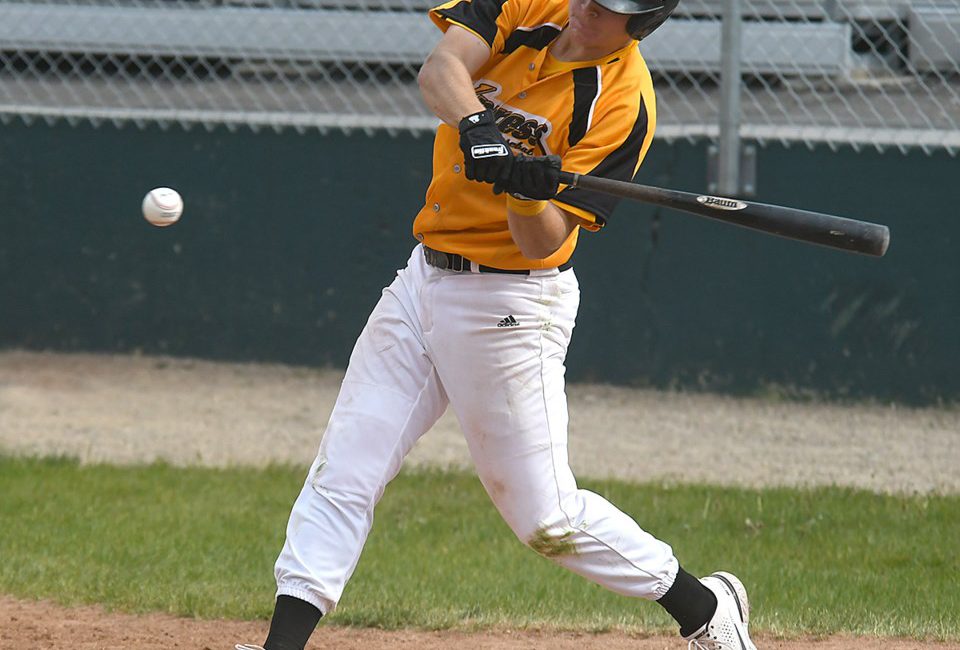 Moose Jaw overcomes 6-4 deficit with six runs in seventh, hold on for 10-9 win in Medicine Hat

Moose Jaw scored six runs in the seventh inning to overcome  6-4 deficit and would hang on for a 10-9 victory in Medicine Hat in a contest rescheduled from a June 4 rainout.

It wasn’t the best of beginnings for the visitors, as standout starter Tim Carlson had a relatively off outing by his standards — the Mavericks scored one in the second, three in the third and two more in the sixth to build their lead.

Carlson came into the contest having allowed a run or less in his previous three starts. He ended up allowing six runs, four earned, on 10 hits in 5 ? innings of work.

That all just meant the Moose Jaw offence had to pick up the slack, and with the way things have been going for the local squad at the plate this season, that wasn’t an issue.

Thing is, the Miller Express didn’t really need their bats with how the seventh inning played out.

Four straight walks brought in the first run of the inning, and it just got worse from there — Austin Gurney was hit by a pitch to bring home Zach Campbell, Cam Grant was hit by a pitch to score Nate Mensik, Bryan Reyes scored on a wild pitch, Gurney scored on a wild pitch and Grant crossed the plate on a sacrifice fly to close out scoring in the inning.

The scoreline? Six runs scored on no hits and no Medicine Hat errors.

The Mavericks rallied in their half of the inning with three runs on two hits and three walks off reliever Triston Seitz, but that would be the last bit of good news for the home side. Kellan Voggesser tossed a scoreless eighth and Jesse Scholtz picked up the save in his league-leading 16th appearance of the season.

Scholtz has pitched 17 ? innings in that span, allowing only six runs, striking out eight and currently sporting a 2.07 earned run average.

Mensik finished the night 2-for-3 with three runs scored while Gurney had a single hit and also crossed the plate three times. Bryan Reyes was 2-for-3 with a run and an RBI, Hunter Barrett 2-for-4 with two RBI.

The Miller Express improved to 14-6 with the win and remain a game up on the Swift Current 57’s for first place in the WCBL East Division. Their five-game winning streak is tops in the WCBL; only Swift Current has a better record over the last 10 games at 8-2 to Moose Jaw’s 7-3.

That all leads to Friday night’s first place showdown at Ross Wells Park, as the 57’s make the trip east to face the Miller Express. First pitch is 7:05 p.m.

Photo by Randy Palmer
VIA: https://www.moosejawtoday.com/local-news/late-game-rally-leads-to-miller-express-win-over-mavericks-5517026