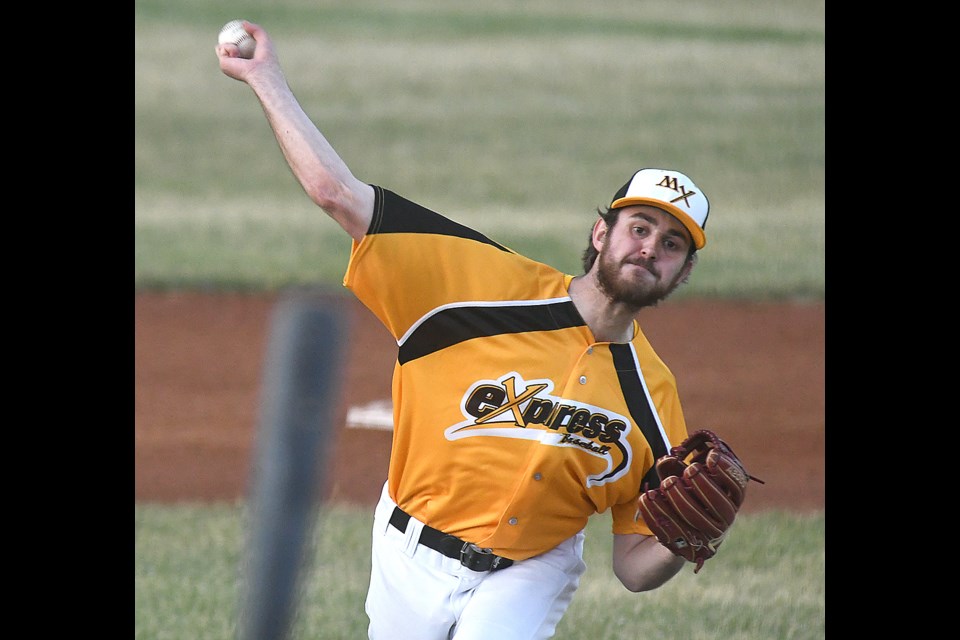 The Moose Jaw Miller Express might have one of the highest-scoring teams in the Western Canadian Baseball League, but every once in a while they’re going to run into nights like Thursday night.

The Express took a 2-1 lead out of the sixth inning, but would see the Lethbridge Bulls put up a pair of runs in the seventh and add two more insurance markers in the ninth to take a 5-2 win in action at Ross Wells Park.

The loss saw Moose Jaw fall to 20-10 on the season, good enough for a four-game lead over the Regina Red Sox for first place in the WCBL East Division.

Things settled into a pitching duel early, and it looked as if Express starter Cameron Dunn would get the best of Lethbridge’s Javier De Alejandro through the first six innings.

Dunn — making his second start since joining the team at the end of June — allowed a single run on five hits in six innings of work, striking out three. De Alejandro, meanwhile, would last an inning longer, allowing two runs on six hits in seven innings, and that would be enough to earn him the win.

That’s because Krece Papierski would come through with the big hit of the game for Lethbridge, hitting a two-run home off reliever Andrew Barger in the top of the seventh for a 3-2 Bulls lead.

Lethbridge added another two runs on three hits off Jesse Scholtz in the ninth to extend their edge to three runs, and that would be enough to get the job done, with Bulls closer Ben Erwin shutting out the Express in the bottom of the inning to earn the save.

Cam Grant was one of the lone offensive bright spots for Moose Jaw, going 2-for-2 with a pair of doubles, a run scored and a run batted in while also drawing a pair of walks. Dawson Tweet was 2-for-4 with an RBI.

Photo by Randy Palmer
VIA: https://www.moosejawtoday.com/local-news/lethbridge-bulls-rally-late-to-take-win-over-miller-express-5559959