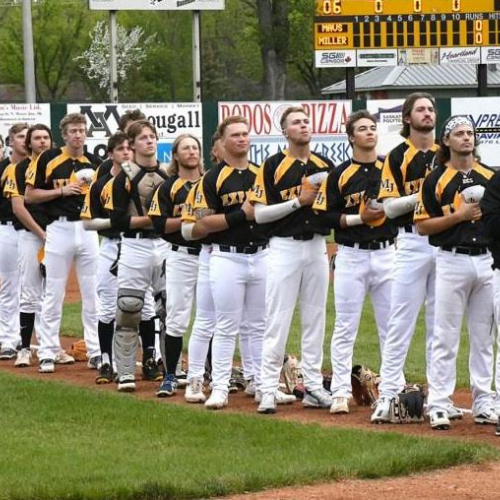 The Moose Jaw Miller Express might not have come away with the win in their Western Canadian Baseball League home opener with the Medicine Hat Mavericks on Friday night, but the way the game played out has given the team a lot of confidence for the future.

Nate Mensik hit a two-run home run in the bottom of the ninth to give Moose Jaw late life, but Medicine Hat would hold on for a 3-2 victory in the season-opener for both teams at Ross Wells Park.

â€œWe out hit them tonight, I thought we were better on the mound tonight, we actually played great,â€ said Miller Express head coach Eric Marriott. â€œIf it wasnâ€™t for a couple of errors at the start and if we had better timely hitting it might have been a different game… Weâ€™re excited to get back on the field and play these guys again, we expect to come back just as strong tomorrow night and see what happens.â€

While the near-late-inning heroics might have come up short, there were no shortage of chances for the Express as the game played out.

Moose Jaw looked to get something going in the bottom of the sixth when Luke LeChance sent a double down the first baseline, but the Mavericks got a perfect relay throw from second baseman Kellan Williamson to gun down LeChance at third.

The Express then had runners on first and second with two outs in the same inning, and a single by Mensik to centrefield looked to get the first run of the season across the plate. Sure enough, Medicine Hatâ€™s David Dell would get off another absolutely perfect play, hitting catcher Deon Reese with a strike to catch Parker Dorrance at the plate.

Those were the two most notable plays, but the Mavericks had a handful of other defensive gems throughout the night to keep Moose Jaw scoreless most of the way through.

â€œThey played great defensively and made the plays they needed to make,â€ Marriott said. â€œWe were a little over-aggressive on the basepaths tonight, which is alright, Iâ€™d rather be over-aggressive than under-aggressive. They made a couple of great plays and that probably won them the game tonight.â€ 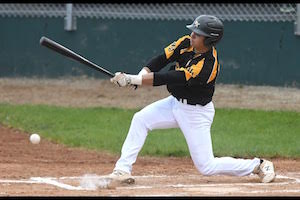 The Mavericks scored the first runs of the Western Canadian Baseball League season in Ross Wells Park in the second inning.

After Miller Express starter Kellan Voggesser rolled through the first frame, Medicine Hatâ€™s Kristoff Swanson reached on an error and came around to score two batters later on a double by Braden Desonia. Desonia himself then came around to score when Kellan Williamson singled to right field.

Voggesser didnâ€™t blink, though, and would cruise through the next four innings, scattering six hits and striking out six without allowing a walk.

Moose Jaw product Cam Oâ€™Reilly took over for Voggesser in the seventh in his first appearance with this hometown team and tossed a perfect inning, getting two ground outs and a strikeout.

Tristan Seitz allowed a single run in a inning of work in the eighth and Jesse Scholtz closed things out in the top of the ninth and got a pair of strikeouts and a short flyout to finish off the Mavericks offence.

â€œKellan did a great job on the mound starting tonight,â€ Marriott said. â€œI couldnâ€™t ask for any more from my starting pitcher, the kid was awesome. And everyone else behind him rallied really well and got up on the mound and threw strikes, so all our pitchers did a great job.â€ 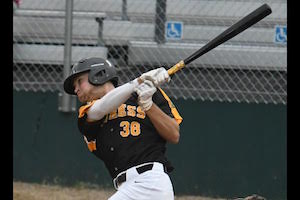 That set the stage for Mensik in the bottom of the ninth, and after Dorrance drew a lead-off walk, the Doane University power hitter laced a two-strike offering from reliever Isaiah Bartels over the left field fence to get the Express back within a run.

Thatâ€™s the kind of thing Marriott was hoping to see from Mensik, who had 10 home runs with Doane during the college season, and itâ€™s nothing unusual for the sophomore outfielder .

â€œIn spring ball back in Nebraska I had that role, too, so Iâ€™m pretty comfortable with it,â€ Mensik said. â€œIâ€™ll hit wherever they need me, though, itâ€™s just being out here having fun and playing the game, just get â€˜er done one way or another.â€

Even though they didnâ€™t end up in the win column, Mensik was impressed with what he saw from the local crew and has full confidence a victory could be in the books Saturday night.

â€œItâ€™s awesome, Iâ€™m loving it so far, the boys are getting loosened up and comfortable with everybody,â€ he said. â€œWeâ€™re getting all those jitters out, especially on Opening Day with all the fans here, itâ€™s awesome. Now weâ€™ll be looking for the win tomorrow.â€

Game time for the second of three-in-three nights for the two teams is 7:05 p.m. at Ross Wells Park.