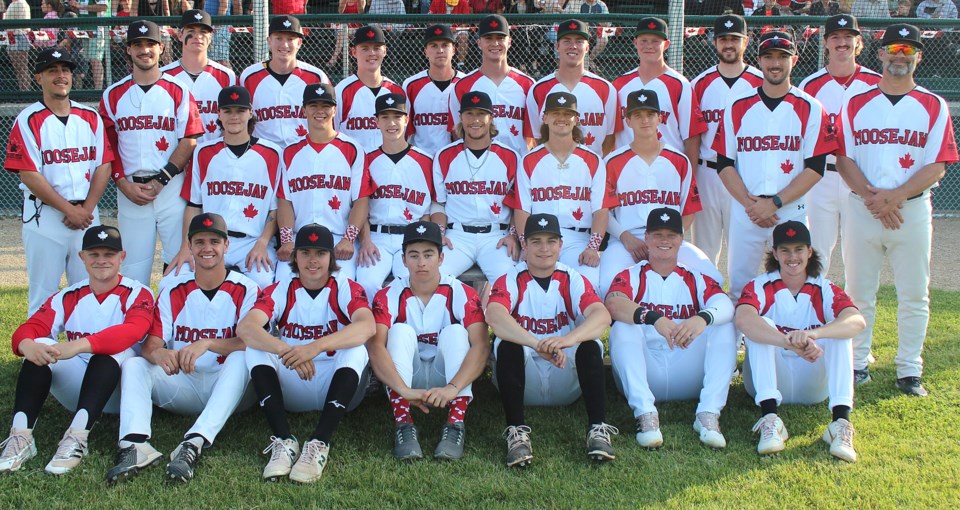 Before a pitch was even thrown on Friday night at Ross Wells Park, the Moose Jaw Miller Express were in a celebratory mood.

In addition to the Canada Day festivities and tailgate party at the park prior to the game, the local Western Canadian Baseball League squad had one of their best crowds of the season and a warm and sunny evening to take the field against the Weyburn Beavers.

So why not give everyone something to cheer about?
The Miller Express sent 10 batters to the plate and took a 6-0 lead out of the first inning, lead 12-0 through three and would go on to a 16-5 victory for their second win in as many nights.

Hudson Barrett and Zach Campbell each had two-run doubles in the opening frame, kicking off a run that would see Moose Jaw crank out nine extra-base hits on the day.

One of those came in the second inning, as Austin Gurney continued to swing a hot bat as of late, hitting a two-run home run for his fifth round-tripper of the season. The two runs batted gave Gurney 29 for the campaign and moved him within one of league leader Adrian Salazar of the Medicine Hat Mavericks.

Nate Mensik also had a solid night at the plate, hitting a pair of doubles and scoring three runs. Bryan Reyes ended up 2-for-5 at the plate with a pair of runs and three RBI, while Michael Speck was 1-for-2 with three walks and three runs scored.

All that offence once again took the pressure off starter Tim Carlson, and the San Diego product saw a return to form after a somewhat off outing in his previous start — two runs on five hits and four strikeouts in six innings of work. The quality start was Carlson’s fourth in five outings this season and sees him now sporting a 2.64 earned run average and 1.08 walks and hits per inning pitched, both among the best in the WCBL.

Liam Sommer, who recently arrived in Moose Jaw from the University of Mary, gave up a single hit in his debut in the seventh, while Reece Helland continued his stellar string of relief appearances with two strikeouts in the eighth. Nathan Varjassy closed things out, allowing three runs on three hits and striking out a pair in the final frame.

The Miller Express are now 19-8 on the season and continue to hold down a four-game lead over Swift Current for first place in the WCBL East Division.

Moose Jaw is back in action on Saturday night against the Regina Red Sox, with the Express holding a four-games-to-one lead in the 12-game Trans-Canada Clash season series. Game time is 7:05 p.m. at Ross Wells Park.