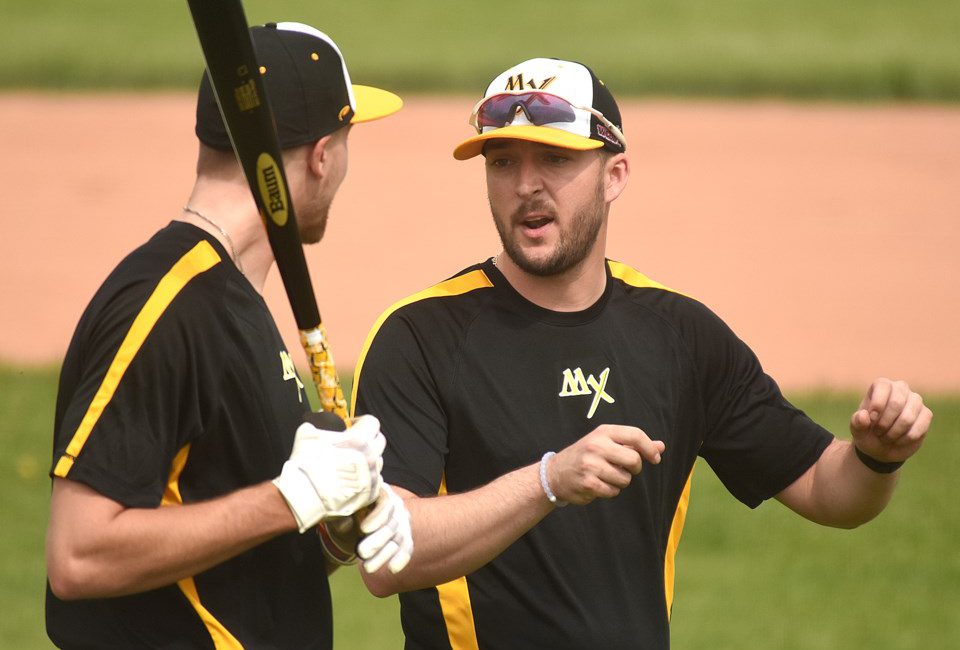 As strange as it seems, Moose Jaw Miller Express head coach Eric Marriott is heading into his third year as bench boss for the Western Canadian Baseball League team, even though he has yet to submit a lineup card to the umpires.

All that will change on Friday night, when after seeing the 2020 and 2021 seasons cancelled due to the pandemic, the Miller Express will take the field against the Medicine Hat Mavericks at Ross Wells Park.

Marriott was on the field with his troops on Thursday afternoon, putting the final touches on preparations for the home opener during their final pre-season practice. As per usual, it’s been a quick turnaround as players arrived in Moose Jaw earlier this week, but now it’s as real as it gets.

And unless something strange happens, there will once again be WCBL baseball played in Moose Jaw in 24 hours’ time.

“It’s good to be back, two years off is tough with no baseball,” Marriott said. “But it’s a long time coming and we have a good group of kids who are here this year and we’re excited to get going.”

Marriott was slated to take over the team from Rich Sorensen heading into the 2020 campaign, but that season was cancelled outright due to the pandemic. Then again in 2021, but the WCBL decided to only go with Canadian players in a late-spring decision, leading all the Saskatchewan-based teams to take a year’s hiatus.

“It’s been tough, really tough, and a mix of emotions for sure,” Marriott said. “The last two years we had a good group of kids coming into the team and we were excited with our group. Some of those kids carried over onto this year’s team, but there’s nothing much we can do about it, just bounce back and get ready to go.”

With the vast majority of their crew already in town, Marriott is confident things will get off to a good start, especially if what he’s seen in practice the last few days translates into on-field performance.

“We have a lot of our studs here already,  guys we know will compete for us and show Moose Jaw what they can do on the field,” he said. “We look good, we look really balanced. We have guys who can swing it, we have guys who can run, the defence looks solid. Then the top end of the pitching staff looks really good and that’s exciting, the bullpen is looking good. And then we just have a bunch of guys who we’re looking to step up and be dudes for us, basically.”

The good thing is Marriott had a decent idea of the kind of personalities that were coming into town long before they arrived. He expects the fans will enjoy the players as much as the players enjoy the fans.

“I got on the phone with most of these guys during the recruiting process and heard their story and told them my story and talked about the program and what we want as an organization,” Marriott said. “Everyone who is here I think will be role models in the community, and even more on the positive side, some of these guys are a lot funnier than I expected. It’s only day two and the guys are out here bonding great. So we expect this team to be full of leaders all summer.”

Marriott has a line-up in mind for Opening Day, including starting pitcher Kellen Voggesser who is coming off a solid season at NAIA Doane University.

“We’re excited to have him here, he’s a good kid and his arm is electric, “Marriott said. “He throws three-plus pitches for strikes, he’s composed on the mound and he’s already shown leadership since he’s been here.”

The early goal for the Miller Express is simple — start winning right off the hop, beginning with a solid series against the Mavericks.

“We have Medicine Hat the first three games, and we’re looking to go 3-0 right off the start,” Marriott said. “We want to make a statement that we aren’t here just to play, we’re playing to win and we want to bring playoff baseball back to Moose Jaw. That’s the goal in mind and we hope to start 1-0 on Friday night.”