Miller Express continue to roll along with commanding win over Mavericks 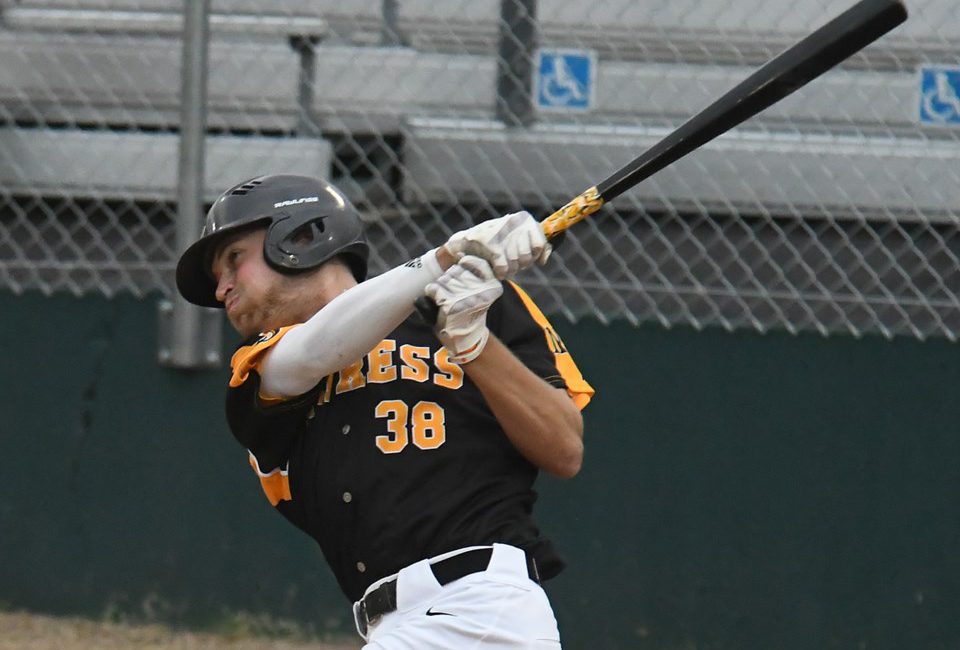 When the Moose Jaw Miller Express opened their season against the Medicine Hat Mavericks a little more than a month ago, they couldn’t catch a break — and the Mavericks would win all three meetings between the two teams on opening weekend.

Ever since that time, the teams have gone in opposite directions.

The Miller Express continued their recent run of success on Wednesday night in Medicine Hat, scoring 10 runs in the middle innings and going on to an 11-5 victory in Western Canadian Baseball League action.

Moose Jaw improved to 13-6 with the victory and continue to hold down first place in the WCBL East Division, with their fourth-straight win and 7-3 mark in their last 10 games both tied for tops in the league.

Medicine Hat, meanwhile, has only won three times since their three-game winning streak to open the campaign and are now 6-12 on the season.

Things were close in the early going, as the Express took a 4-3 lead out of the fifth inning, Things changed dramatically the next frame, though, as Moose Jaw would send 10 batters to the plate and put up six runs, taking a 10-3 lead.

Nate Mensik provided the big hit of the inning, lashing a two-run home run to score Zach Campbell with the fifth and sixth runs of the frame. Michael Speck also knocked in a pair, with his bases-loaded single bringing home Udhay Bal and Robert Gurney.

Mensik now has a league-leading five home runs on the season, and his 17 runs batted in are tied for the team lead with Austin Gurney, fifth overall in the WCBL

The Miller Express also benefited from another solid start on the mount, this time from J.J. Padilla. The Fresno City College freshman made his first start of the season and allowed three runs on seven hits, striking out a pair in five innings of work to earn his second WCBL win.

Moose Jaw’s bullpen took over from there and appear to have put their early-season struggles behind them.

Cam O’Reilly allowed a single run on three hits in two innings of relief, paving the way for a scoreless inning from Jesse Scholtz in his league-leading 15th appearance of the season. Reece Helland tossed the ninth and gave up a solo home run to Braden Desonia, but would escape without any further damage.

Campbell continued to produce at the top of the batting order, scoring three runs in five trips to the plate, while Luke LeChance was 1-for-4 with a run and three RBI. Hudson Barrett also crossed the plate twice; Speck was 1-for-5 with two runs scored to go along with his two RBI.

The Miller Express are back in action Thursday night for a rematch with the Mavericks in a make-up game from the June 4 rainout. Next home action is Friday night in a likely first-place showdown with the Swift Current 57’s. Game time is 7:05 p.m. at Ross Wells Park.

Extra innings… Fans looking for a fun night at the ballpark on Canada Day will be able to get an early start to the festivities against the Weyburn Beavers… the Miller Express are hosting a special Tailgate Party from 4:30 p.m. to 6:30 p.m., including a beer gardens with Beer Batter prices (two for $8)… Tickets are for the party and the game and are $5 for students (through university age), two for $15.50 or $10 each for adults. Youngsters under 12 years are admitted to the game for free… the event will include a special auction of the Canada Day Miller Express jerseys as well as plenty of giveaways throughout the night.

Photo By Randy Palmer
VIA: https://www.moosejawtoday.com/local-news/miller-express-continue-to-roll-along-with-commanding-win-over-mavericks-5512759