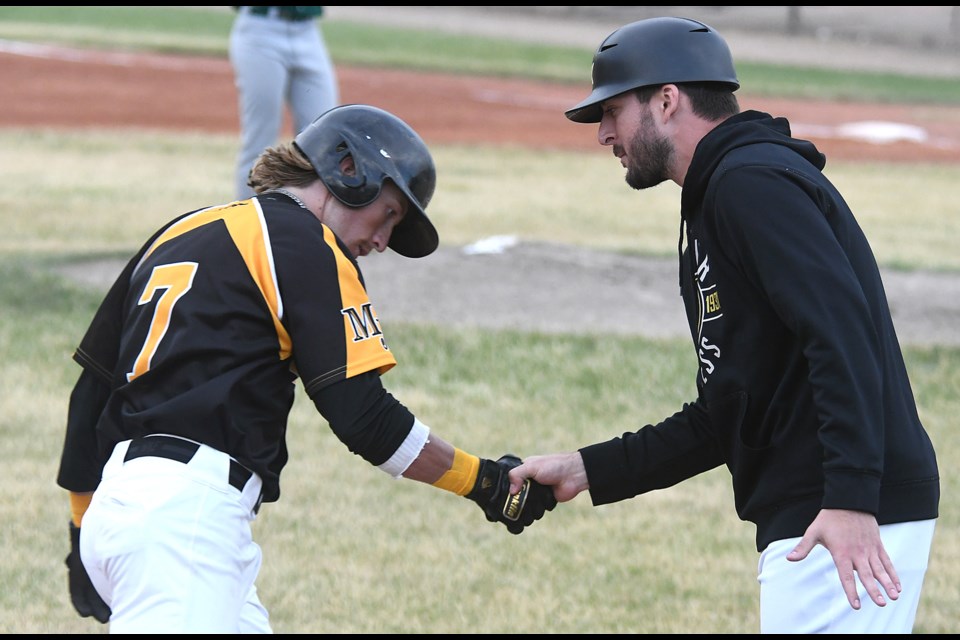 Moose Jaw builds 6-0 lead through four innings, go on to 6-3 victory to hold down first place in East Division

The wins just keep adding up for the Moose Jaw Miller Express.

And it shouldn’t come as a surprise to anyone who has seen the local Western Canadian Baseball League squad in action over the last while: when you have solid starting pitching backed up by a revitalized bullpen and one of the hardest-hitting offences in the league, things are going to go your way more often than not.

The Miller Express extended their league-best winning streak to six games with a 6-3 win over the Swift Current 57’s at Ross Wells Park on Friday night.

The contest was also a first-place showdown for the East Divison, and with the victory Moose Jaw moved two full games ahead of Swift Current for top spot.

Andrew Barger got the start for the Express and turned in what was arguably the best showing on the mound for the team this season — the Fresno City College freshman allowed no runs on three hits in six innings of work, striking out five and walking five.

His teammates once again had his back at the plate, too, putting up a pair of runs in the second, three in the third and one in the fourth for a 6-0 lead.

Moose Jaw’s bats showed some pop in the process — Cam Grant hit a two-run home run to right field in the second inning and was followed by Michael Speck two innings later with a solo shot over the left-field fence. The round-trippers were the second of the season for both players.

Austin Gurney also continued to swing a hot bat, going 3-for-3 on the night with a two-run triple in the third inning and also scoring a pair of runs. Gurney is now hitting a team-best .375 on the season and is seventh in the WCBL in batting average.

Speck finished his night 3-for-3 and Grant was 2-for-4 with three RBI.

After Barger left the game in the sixth, having thrown 96 pitches, the Moose Jaw bullpen went to work and once again showed their potential.

Triston Seitz tossed a scoreless seventh, and after Livio Bundi allowed three runs — one earned — in the eighth, Reece Helland came on and closed out the inning, striking out two of the three batters he faced. After that, it was time for Jesse Scholtz to finish things off, and he’d earn his league-leading fifth save of the year.

The Express are right back in action against the 57’s in Swift Current on Saturday night before returning home to take on the Regina Red Sox at Ross Wells Park. Game time is 2:05 p.m.

Photos by Randy Palmer
VIA: https://www.moosejawtoday.com/local-news/miller-express-extend-win-streak-to-six-games-with-victory-over-swift-current-5519046