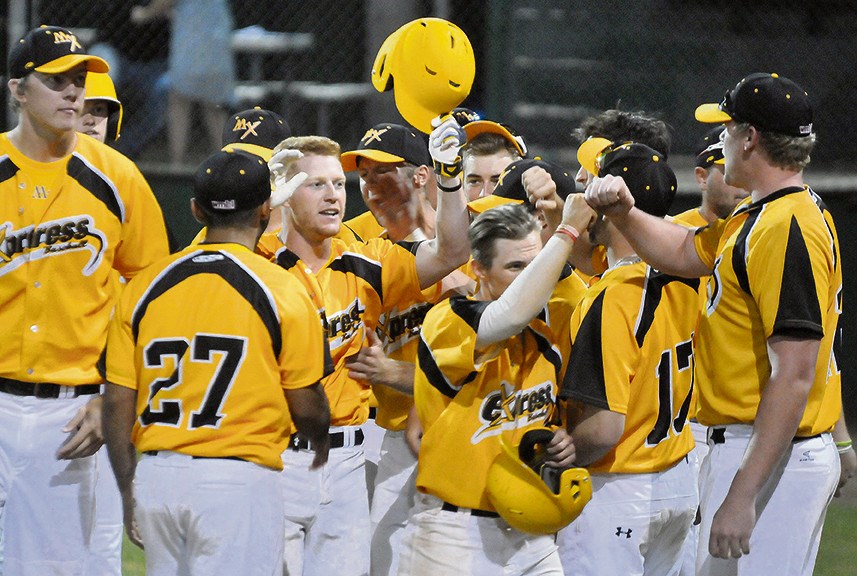 Fans of the Moose Jaw Miller Express have little reason to be concerned if the team’s bench looks a touch short during their Western Canadian Baseball League season opener against the Medicine Hat Mavericks on Friday night.

As is the case every WCBL season, players are still arriving in town every day from their respective college and university teams. While the majority of the squad will be in uniform at first pitch at 7:05 p.m. at Ross Wells Park, there will still be plenty of reinforcements on the way.

“Guys are rolling into town every day, there are 19 guys in town right now and there are a few more to come,” said Miller Express general manager Cory Olafson. “We’re going to be starting the season down around eight players since their schools are still playing, but it’s the same thing every year.

“Everyone is in the same boat, so you have to fill in some gaps here and have guys playing out of position and stuff like that, but it’s a good chance for some of the younger players we have on our AP list to get out and get their feet wet and see what the league is like.”

A handful of players are deep into their postseasons, taking shots at NCAA and NAIA championship runs. That includes Moose Jaw’s own Reece Helland, whose MidAmerica Nazerene Pioneers have advanced to their first-ever NAIA World Series beginning this weekend.

“On the flip side of [missing players], we have some guys who are playing at some pretty good programs right now and will be coming here with some wins under their belt,” Olafson said.

Fans who haven’t been to Ross Wells Park recently will see quite a few changes and improvements — from the backstop being fully replaced to repaired grandstand bleachers, brand new asphalt walkways and a new bar-like set-up on the third baseline outside the beer gardens, the place has been spruced up quite a bit.’

“There’s been a lot of work here and there over the past couple summers, chipping away at it, and now the time is here,” Olafson said. “There are quite a few new things to see, there’s a lot of work that’s been done that’ll be new if someone hasn’t been to the park in the last two years.”

And that brings us to one of the best things of all — there’s no question there will be WCBL baseball at Ross Wells Park. And after the complete cancellation of the season in 2020 and one-year hiatus for Saskatchewan teams in 2021, seeing the pandemic in the rearview mirror is as sweet as it comes.

“We were behind for a bit, we weren’t in Miller-mode the last couple of years so the last month we’ve really had to get going, but once we’re at it it’ll be just like riding a bike,” Olafson said. “We’re going to be right back at ‘er, a lot of people have been talking about the season this year and I think as long as the weather is nice we’re going to see a lot of new faces at the ballpark this season.”

The rapid-fire WCBL campaign continues with the Mavericks at Ross Wells Park on Saturday night, followed by their first road trip to Medicine Hat on Sunday.

You can follow along with all the scores, standings and other information at www.wcbl.ca.