Miller Express look to stay on track tonight in Weyburn 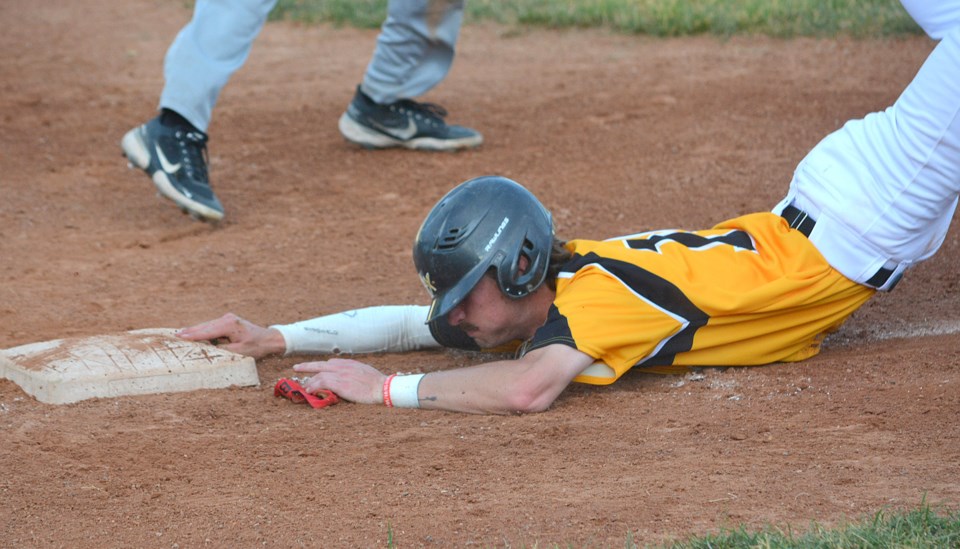 The Moose Jaw Miller Express are heading into another busy weekend of Western Canadian Baseball League action, this time with an eye on regaining their regular winning ways.

Sure, the local squad heads into Friday night’s game against the Weyburn Beavers in first place in the WCBL’s East Division, but what was once a comfortable lead has now dwindled into a virtual tie.

Moose Jaw is currently 21-15 on the season after their return-to-form 7-1 win over Weyburn on Wednesday night, and that’s good enough for a half-game lead over the Regina Red Sox (22-17) going into weekend action. A little over a week ago at this time, though, that lead was closer to five games, as the Express looked to be running away with the division title.

Regina, of course, is to blame for that change of fortune.

The Red Sox took four straight games off Moose Jaw over the last seven days, turning what was once a lopsided Trans-Canada Clash season series into a battle to the end.

The Miller Express led the series 5-1 after a 10-7 win on July 2, but after Regina’s string of success, the two crews are all tied up after 10 meetings this season — making their final game on Thursday, Aug. 4 at Ross Wells Park a winner-take-all affair.

The good news is Moose Jaw is going into their four weekend contests with something to build from.

WCBL All-Star Nate Mensik was 3-for-5 with two runs scored and Dawson Tweet had a three-run triple in the seventh inning as the Express rallied late for their win over the Beavers.

Moose Jaw’s pitching staff was the key to the win, though, as they regained some of their mojo from earlier in the season after a tough stretch.

Triston Seitz allowed a single run on four hits in four innings of work before turning things over to four relievers, all of whom got the job done: Andrew Barger allowed a single hit and struck out five in two innings, WCBL all-star Jesse Scholtz tossed a scoreless seventh, Livio Bundi allowed a hit but struck out the side in the eighth and Cam O’Reilly shut things down, also striking out the side in the ninth.

After their meeting with the Beavers on Friday night, the Miller Express play a doubleheader against the third-place Swift Current 57’s (18-20, 4-2 Moose Jaw season series) before returning to Weyburn on Sunday night.

Next home action is Tuesday, July 19, when the host the Medicine Hat Mavericks for a doubleheader, playing a rescheduled game from the rainout on June 15. First pitch for game one is 5:05 p.m., with game two slated for 7:35 p.m.