Miller Express outlast Regina for fifth win in a row 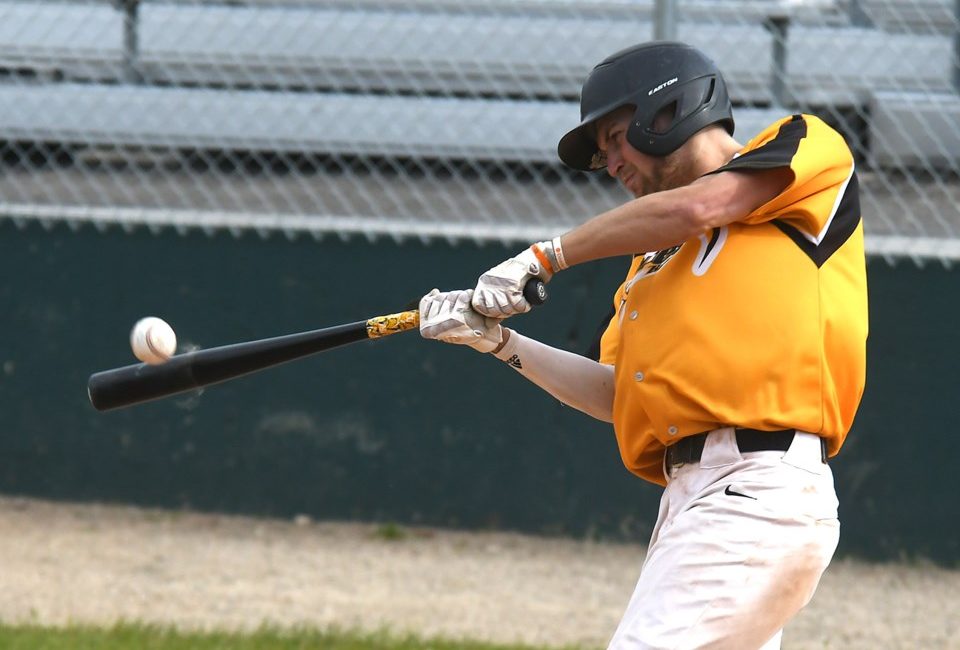 The Moose Jaw Miller Express just keep on finding ways to win ball games as of late, and as a result, they’re the hottest team in the Western Canadian Baseball League’s East Division.

The Express defence shone for nine innings on Monday night in Regina against the Red Sox, and when they finally broke through in extras, it was good enough for an 8-4 victory at Currie Field.

Moose Jaw improved to 5-3 on the season with the win and moved a half-game ahead of Medicine Hat for first in the division.

The key to it all for the Miller Express until the 10th inning was the performance of their pitching staff.

Tim Carlson put up his second quality start in a row, allowing a single run on four hits over six innings and striking out three. Triston Seitz continued his workhorse performance in the early part of the season, allowing a single hit over two innings. Cam O’Reilly got into a bit of difficulty in the bottom of the ninth and found himself with the bases loaded with one out, but he’d help out his own cause by starting an inning-ending 1-2-3 double play.

That set the stage for the 10th inning, and oh what an inning it was for Moose Jaw.

The Miller Express hit three-straight one-out singles to score three runs, and after a pair of walks, Nate Mensik hit a grand slam to clear the bases and give the Express an 8-1 lead. The home run was the league-leading fourth of the season for the Pleasant Dale, Neb. product.

Regina got their own offence going in the bottom of the inning, scoring three runs off O’Reilly before closer Jesse Scholtz got the final out to pick up the win.

Braden Houston had a solid start of his own for the Red Sox, allowing a single run on two hits and striking out seven.

Regina scored their first run in the top of the first after Dylan Edmonds hit a lead-off double and came around to score when Cade Nelson doubled one batter later.

There the score remained until the seventh, when Austin Gurney led off the inning with his second home run of the season.

The Miller Express are back in action Wednesday night in a rematch with the Red Sox. Next home action is Thursday against the Swift Current 57’s. Game time is 7:05 p.m. at Ross Wells Park.

Photo by Randy Palmer
VIA: https://www.moosejawtoday.com/local-news/miller-express-outlast-regina-for-fifth-win-in-a-row-5458144