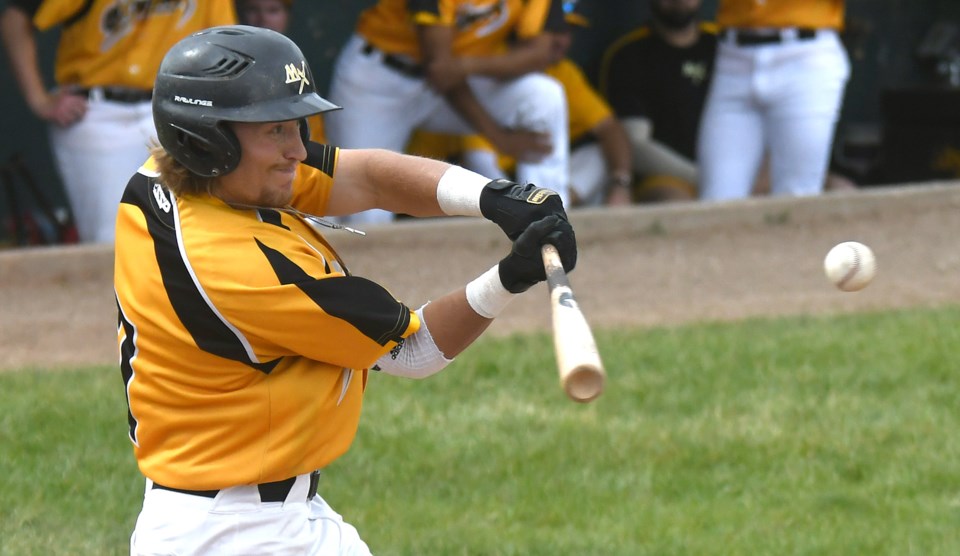 The Moose Jaw Miller Express haven’t had to rely on late-game run production very often this season, but when they needed it against the Regina Red Sox on Tuesday night at Ross Wells Park, they were able to get the job done.

Trailing 3-1 heading into the bottom of the eighth inning, the Express scored three runs and would go on to a 4-3 victory in Western Canadian Baseball League action at Ross Wells Park.

Moose Jaw improved to 12-6 with the win and now holds down first place in the WCBL East Division, a game up on the second-place Swift Current 57’s. The Miller Express also head into play in Medicine Hat on Wednesday night as the hottest team in the league — they’re currently on a three-game winning streak and are 7-3 in their last 10 contests, tops in the WCBL in both categories.

For all that success, though, it looked like they were in for a loss heading into the final couple innings against the Red Sox.

After Regina had taken their two-run lead in the top of the inning, Bryan Reyes kicked the comeback off with a lead-off single and after Cam Grant drew a walk, a double off the bat of Hunter Barrett would get Moose Jaw back within one.

Two batters later, Michael Speck would come through with the clutch hit of the game, with his single bringing home Grant and Barrett with the tying and go-ahead runs.

That set the stage for reliever Jesse Scholtz in the top of the ninth, and while the Red Sox managed to get the tying run into scoring position with two outs, Scholtz would get a pop-fly to first to finish things off.

Grant finished the game 2-for-2 with the late-game run and two walks, Reyes was 3-for-4 and Zach Campbell 2-for-5 with a run scored.

On the mound, the Miller Express bullpen came through in spades.

Starter Nick Hill allowed two runs on five hits in 4 ? innings of work before handing off to workhorse Triston Seitz, who tossed 1 ? perfect innings. Andrew Barger allowed a single walk in the seventh and Livio Bundi allowed a run on a hit and two walks to go along with a pair of strikeouts in the eighth.

After their contest Wednesday, the Express take on the Mavericks in a make-up game from their rain-out on June 4 in Medicine Hat. Next home action is Friday, June 24 against the Swift Current 57’s. Game time is 7:05 p.m. at Ross Wells Park.

Photo by Randy Palmer
VIA https://www.moosejawtoday.com/local-news/miller-express-rally-late-for-comeback-win-over-red-sox-5508837