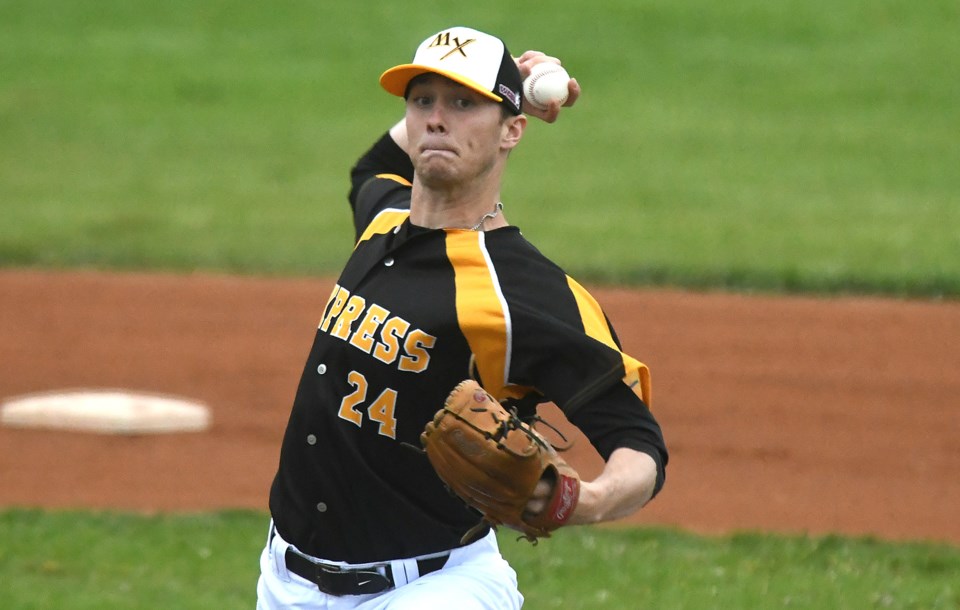 Oh, what a difference a week makes.

The Moose Jaw Miller Express couldn’t find a way to get past the Medicine Hat Mavericks on opening weekend, losing three straight games to their West Division counterparts, but on Friday night the shoe was on the other foot.

The Miller Express scored three runs in each of the first two innings and would lead 10-3 through five on their way to a 10-7 victory in Western Canadian Baseball League action in Medicine Hat.

The victory was the third straight for Moose Jaw and saw the local squad improve to 3-3 on the season, sitting a half-game back of Regina for first place in the East Division.

The Express wasted little time getting going — Zach Campbell hit a lead-off triple and Parker Dorrance knocked him home one batter later, and just like that, 1-0 Moose Jaw. In fact, the first five Moose Jaw batters had base hits, and the Millers led 3-0 before the Mavericks had their second out.

It was more of the same in the second. Three straight walks set the stage for Bryan Reyes, and the Miller Express catcher would lace his first home run of the year to put Moose Jaw ahead 6-0. In fact, had Michael Speck not been caught stealing, it would have been the team’s first grand slam as well.

All that offence was more than enough for Millers starter Kellan Voggesser, who put together a quality start by allowing three runs on six hits over six innings, striking out five in the process.

By the time he left the game, Moose Jaw was up 10-3 courtesy a four-run fifth inning. Austin Gurney had the big blast this time around, putting a three-run shot of his own out of Athletic Park to give his squad their huge lead.

The Millers bullpen went to work from there. Cam O’Reilly allowed a single run on three hits in two innings of work. Livio Bundi started the ninth and allowed three runs on two hits before giving way to Jesse Scholtz for the final two outs.

It was a good day in general for the top of the Moose Jaw order.

The two teams are right back in action on Saturday night in Medicine Hat.

Photo by Randy Palmer
VIA: https://www.moosejawtoday.com/local-news/miller-express-score-often-and-early-on-way-to-win-in-medicine-hat-5444505