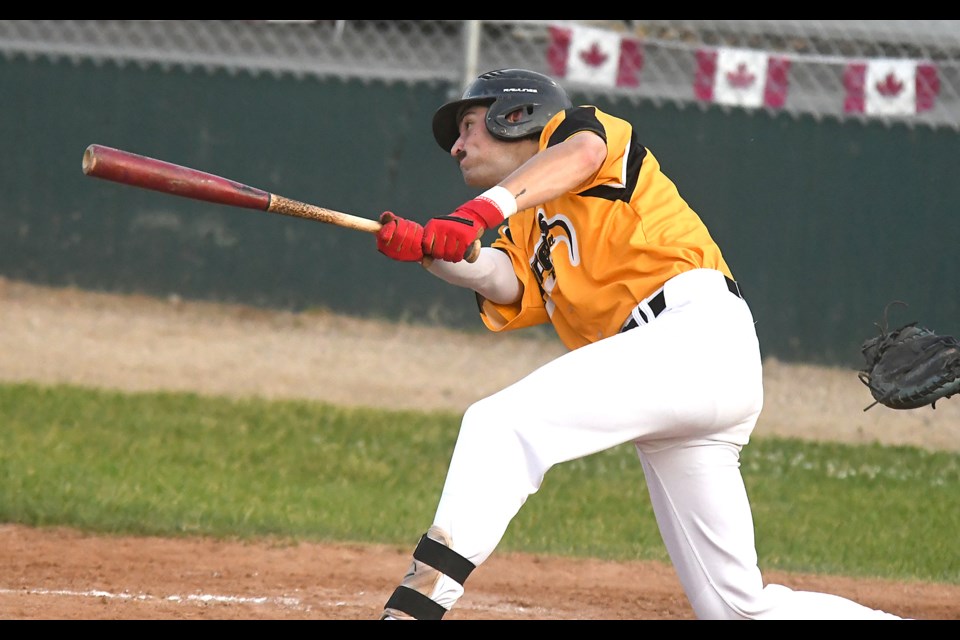 After being able to find big hits and put up more than enough runs to win games seemingly at will through the first half of the Western Canadian Baseball League season, the Moose Jaw Miller Express have suddenly fallen on hard times.

The Regina Red Sox scored three runs in the first and added another three in the fifth before going on to a 9-6 victory in WCBL action on Saturday night at Ross Wells Park.

The loss was the fourth straight for Moose Jaw, and saw the local squad fall to 20-12 on the season while enduring their longest losing skid of the season. They now sit 2 1/2 games up on Regina for first place in the WCBL East Division.

Things went awry quickly for Moose Jaw, as a three-run triple off the bat of Travis Johnson would give Regina a 3-1 lead after the first inning. That’s where things stood until the fifth when an error, walk, wild pitch and a couple of base hits saw the Red Sox put up another three to build a 6-1 edge.

That was the end of the night for Millers starter Andrew Barger, who left the game having allowed five earned runs on three hits and three walks while striking out four in 4 ? innings of work.

Moose Jaw looked to chip back into things when Nate Mensik knocked home Michael Speck with a sacrifice fly in the sixth, but the Express would strand runners on first and second.

Regina scored two runs in the eighth off reliever J.J. Padilla, and they would end up being crucial — Moose Jaw strung together four runs in the bottom of the frame to suddenly make things interesting.

Austin Gurney had the big hit of the inning, a single that scored Mensik and Parker Dorrance, and the Express loaded the bases immediately after but couldn’t bring any more runs across.

Regina tacked on another run off reliever Triston Seitz in the top of the ninth to close out scoring.

The Miller Express and Red Sox are right back in action on Sunday afternoon, this time in Regina at Currie Field. Game time is 2 p.m.

Photos by Randy Palmer
VIA: https://www.moosejawtoday.com/local-news/miller-express-skid-hits-four-games-with-second-straight-loss-to-regina-5567925