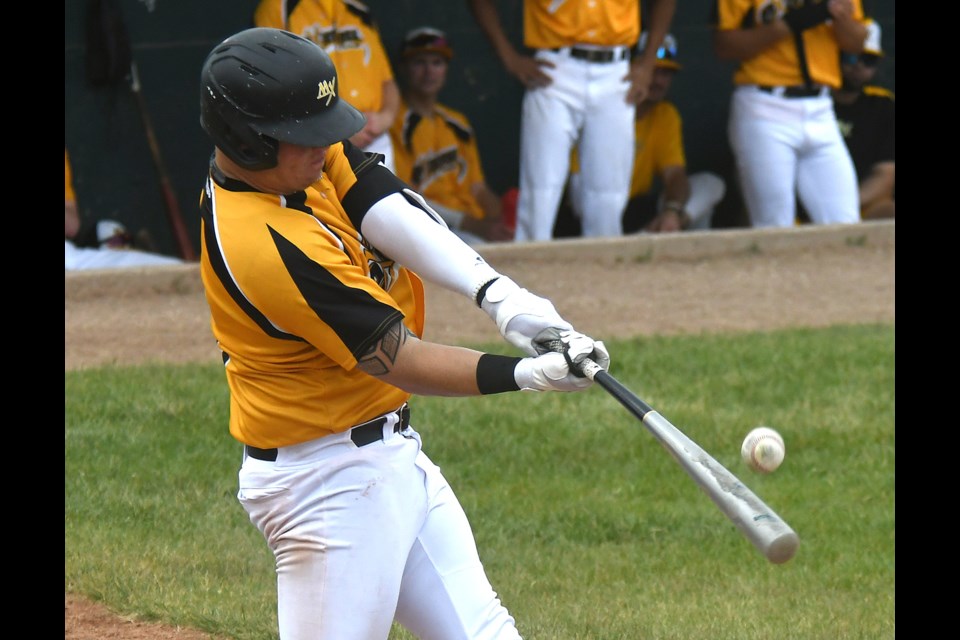 All good things must come to an end, and for the Moose Jaw Miller Express, that means seeing their eight-game winning streak snapped on Thursday night.

The Sylvan Lake Gulls scored four runs in the bottom of the eighth inning and would come away with a 9-5 victory in Western Canadian Baseball League action in Sylvan Lake, taking the first of a two-game set between the two clubs.

Things looked good early for Moose Jaw as Cam Grant hit a two-run home run as the second batter of the game and the Express put up three runs in the first inning.

Sylvan Lake pulled off the same feat in their half of the inning when Chase Rodriguez hit a two-run round-tripper two batters in, but Zach Campbell would give Moose Jaw a 4-2 edge by knocking home Martin Rodriquez with a triple in the top of the second.

There things remained until the fifth when Jesse Scholtz took over on the mound, and the all-star reliever would have a relatively tough outing in his league-leading 30th appearance of the season, allowing three runs on four hits in three innings of work.

The Gulls tied the game in the fifth thanks to a two-run double from Kaden Zarowny and after the Express retook the lead in the top of the seventh, Sylvan Lake promptly tied things up once again in the bottom of the frame.

That set the stage for the eighth, where the Gulls would strike for their four runs off reliever Livio Bundi, doing their damage on three hits and a walk.

Moose Jaw put together a pair of hits in the top of the ninth but would unable to stage a final inning rally.

Tim Carlson got the start for Moose Jaw and was his usual solid self, allowing two runs on five hits in four innings of work.

Steven Hospital started for Sylvan Lake and surrendered the most runs he has all season, giving up five on seven hits over 6 ? innings. Tyler Boudreau closed things out, allowing only two hits and striking out five the rest of the way.

Moose Jaw fell to 28-16 with the loss and are 3 ½ games up on the Regina Red Sox for first place in the East Division.

The two teams are back in action in Sylvan Lake on Friday night before the league has two days off for the All-Star break. Next home action for Moose Jaw is Wednesday against the Brooks Bombers, with game time 7 p.m. at Ross Wells Park.

Photo by Randy Palmer
VIA: https://www.moosejawtoday.com/local-news/miller-express-win-streak-snapped-with-loss-in-sylvan-lake-5613320