Moose Jaw drops third straight in a thriller to 57s 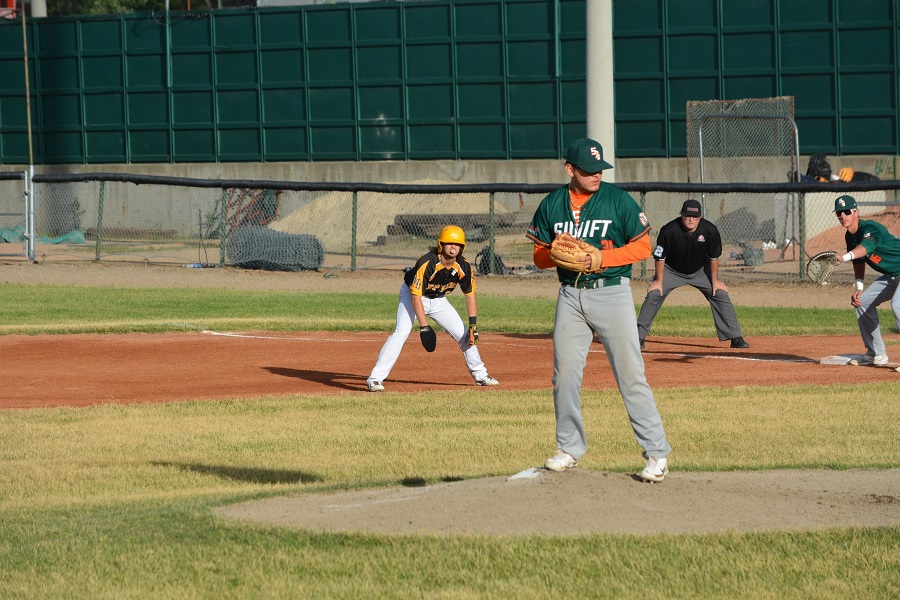 Swift Current’s four runs they needed to secure the win came in the second inning. After starter Triston Seitz got into a jam loading the bases with a lead-off double, and a pair of walks. Justin Barnes would come to the plate for the 57s and come in clutch with a two-run single to give Swift Current the early 2-0 lead.

Two batters later, with the bases still loaded, Thomas Collins would hit a two-run single of his own to give the 57s the 4-0 lead early.

That would end the night for Seitz, pitching one and third innings, allowing four runs on four hits and three walks.

Moose Jaw would utilize their bullpen after Seitz’s departure, bringing in four relievers that would shut the door allowing no runs on six hits.

The Millers’ would begin their comeback slowly starting in the fourth inning. A 57s error with the bases loaded would score Zach Campbell and put Moose Jaw on the board 4-1. In the fifth inning, Zach Campbell would return the favour and drive in a run of his own with a single to left field, scoring Luke LaChance and cutting the lead in half 4-2.

Moose Jaw would cut the lead to 4-3 in the seventh inning after Parker Dorrance scores from third off a wild pitch. That’s as close as Moose Jaw would get, as Swift Current shut the door and held the Millers’ to only one hit through the last two innings.

Moose Jaw moves to 28-18 and their lead in the WCBL East Division to only two games over the Regina Red Sox.

The Millers finish off their six-game road trip on Tuesday night in Weyburn against the Beavers at 7:05 p.m.