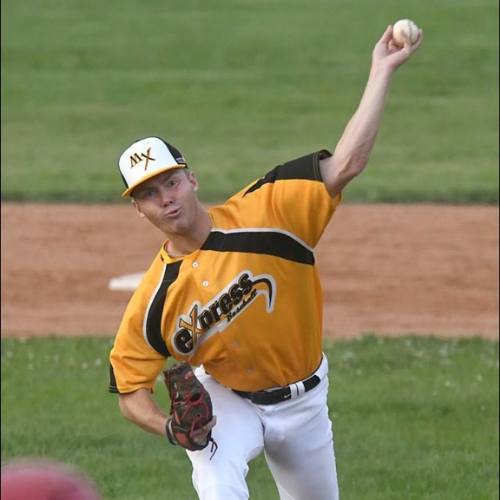 It wouldn’t  be a very far reach to say the Moose Jaw Miller Express will be happy to see the Medicine Hat Mavericks in their rearview mirror after opening weekend in the Western Canadian Baseball League.

The Mavericks scored four runs in the first inning and would go on to a 9-3 victory in their home opener in Medicine Hat on Sunday afternoon, taking their third-straight win over Moose Jaw to open the 2022 campaign.

The Mavericks won the first two games in Moose Jaw 3-2 on Friday night before rolling to a 13-8 win in the rematch 24 hours later at Ross Wells Park.

Both prior contests had seen the Miller Express get a solid showing from their starting pitcher, but the Mavericks got to Moose Jaw starter Nick Hill early on Sunday.

The first four batters for the home team all reached base and by the time Moose Jaw was able to escape the inning, the Mavericks had batted through their line-up, hitting four singles and drawing a pair of walks to put up their four-spot.

Hill turned in a serviceable performance aside from the tough start, allowing six runs on six hits over 4…” innings of work.

The Miller Express picked up a single run in the third when Zach Campbell scored on a Nate Mensik sacrifice fly, but Medicine Hat picked up two runs in the bottom of the frame to lead 6-1.

Campbell then knocked home Austin Gurney in the fourth with a sac fly of his own, and two innings later, would hit a double to score Luke LeChance with Moose Jaw’s final run of the game.

Medicine Hat had their 9-3 lead at that point, and neither team would score another run.

LeChance finished the game 2-for-4 with his run scored, Kalli Einarson was 2-for-5 on the night.

Tristan Seitz made his third-straight appearance in as many nights for Moose Jaw and allowed two runs on six hits in 2…“ innings; Livio Bundi bounced back from a tough showing 24 hours earlier to pitch a scoreless eighth.

The Miller Express have Monday off and are back in action on Tuesday when they host the Weyburn Beavers. Game time is 7:05 p.m. at Ross Wells Park.

Photo by Randy Palmer
VIA: https://www.moosejawtoday.com/local-sports/slow-start-leads-to-third-straight-loss-for-miller-express-to-start-season-5419763