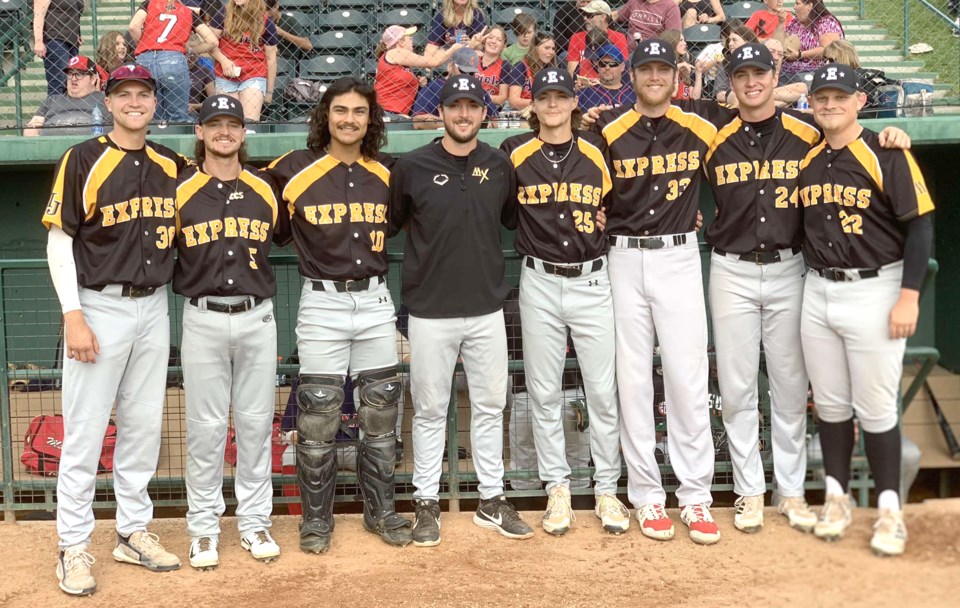 The Moose Jaw Miller Express were well represented to begin with heading into the Western Canadian Baseball League All-Star Game, but they ended up with even more players on the team when all was said and done.

A total of seven members of the East Division leaders took part in the event when relief pitcher Reece Helland was a late addition to the Game, which took place in front of over 6,000 fans in Okotoks on Saturday evening.

The Moose Jaw Minor Baseball product was joined by outfielder Nate Mensik, shortstop Zach Campbell, catcher Bryan Reyes, starting pitchers Kellan Voggesser and Tim Carlson and reliever Jesse Scholtz at the contest, which featured the top players from the East taking on the best of the West.

And in the end, it would be the West that came through with the walk-off extra-inning victory, thanks to a single off the bat of Sylvan Lake infielder Ethan He that gave his crew a 9-8 win.

He was named the All-Star Game Most Valuable Player after a 2-for-3 night at the plate, including the game-winning hit.

Box score information for the Miller Express crew was unavailable.

Mensik ended up pulling double duty on the day after being named to the Home Run Derby, but he didn’t have a lot of luck on his side in that event.

Mensik — who lead the WCBL with nine home runs heading into the weekend — was one of four players in the Derby who were unable to clear the outfield wall at Seaman Stadium.

Coincidentally, the only player in the Derby to not have a home run this season, Edmonton’s Jordan Phillips, would rack out 11 on the day and finish one behind winner Nolan Machibroda of the Weyburn Beavers. Machibroda hit nine round-trippers in the first round and followed with six in round two.

You can check out all the game details at www.westerncanadianbaseballleague.ca.

The Miller Express are back in action on Monday night when they travel to Swift Current and Tuesday in Weyburn. Next home action is Wednesday night for the first of two games against the Brooks Bombers. Game time is 7:05 p.m.